News from the Cabin
First and foremost, we’d like to thank you all for your continued support of the game. We know it’s been an arduous journey and we’re very grateful to you for sticking through us through all the storms and chaos. It’s been a while since our last post and today we’d like to give you a brief update. The future of ATLAS is packed full of adventure! Our plan is to continue to update the game with many patches, varying from; massive new features, new items, bug fixes, balance changes, and quality of life improvements.

Today we’ll be rolling out a new major version. This will include a new item for ship combat, some balance changes, quality of life improvements, as well as miscellaneous bug fixes and updates. 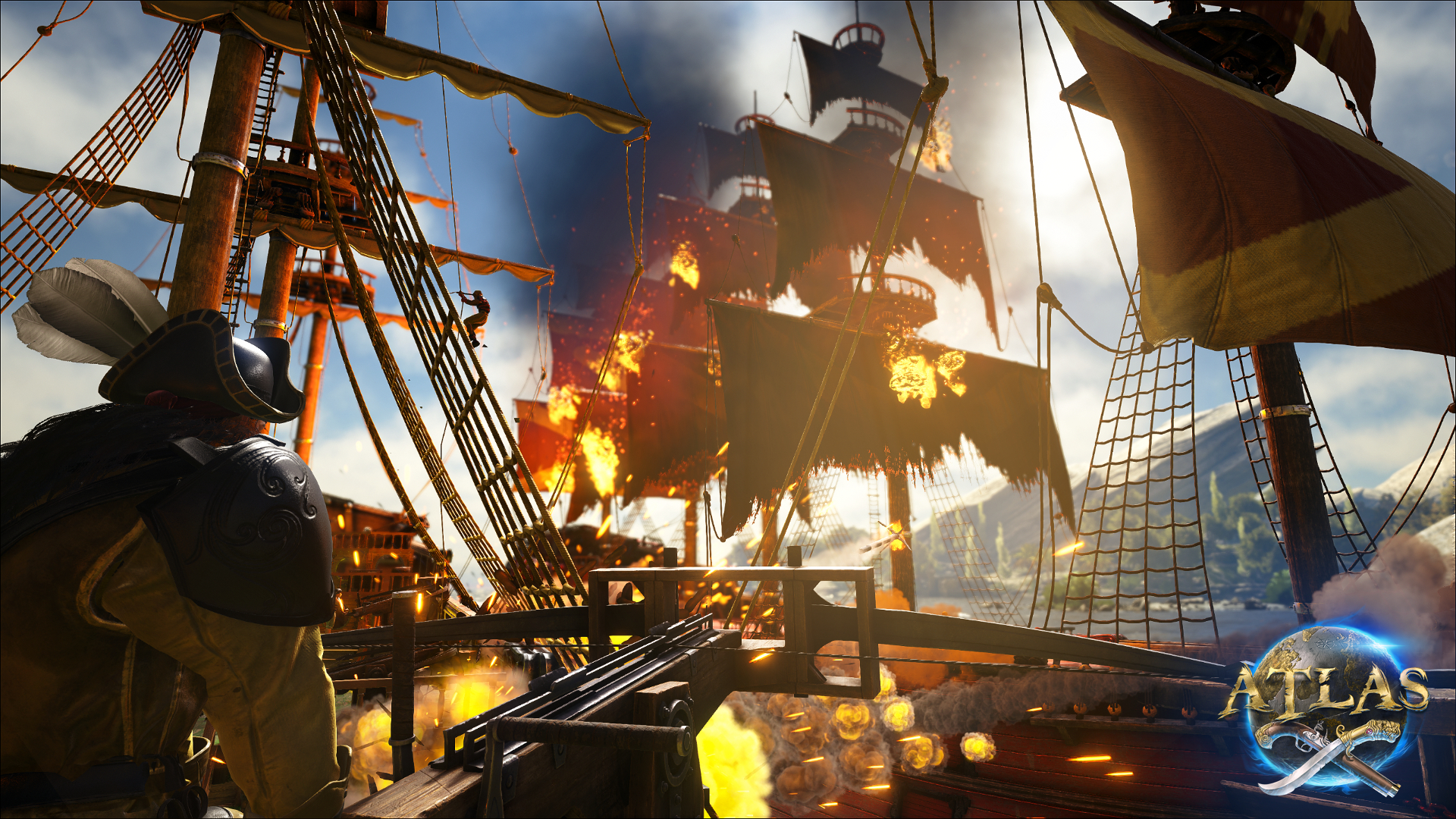 - Sets fire to sails
- Can hit a sail with multiple bolts and add multiple fire buffs
- Fire can be extinguished by Olfend (or a bucket if you can get one up there)
- Fire can be extinguished by fully closing the sail
- Fire buff will not stick during rain or snow
- Fire bolts can also set fires on other structures, dinos, and the ground (and will damage the mast if hit there instead of the sail)

- Added Ship Heading indicator on the map when on captain's wheel
- Improved skill tree search UI when using a gamepad
- Skill tree: When searching for craftables, you now see ALL results, even if you have not unlocked a craftable. Double-click to go to the skill in the tree
- Olfend: added water capacity numbers over droplets icon for extended HUD info, so the rider can see water quantity
- Added item descriptions with helpful gameplay-relevant info (the first batch includes 80 items, more to come in future patches)

- Main menu exit highlight now works on mouseover
- Removed marine sublevels from server cook, so players stop bashing their ships into invisible underwater rocks near the shore
- Bottom rows on server grid select UI are now properly clickable
- Scaled-down seagull slightly when carried (was too big) and removed takeoff particles when tossed from shoulder
- Fixed bug where flame arrow flame buff would desync when shot at a moving ship and be visually "left behind"
- Fixed bug where oil slick from tossed oil jar would desync when hitting a moving ship and be visually "left behind"
- Olfend: fixed issue where if you break out of the drink animation by moving around, the drink "ripple" vfx stays active on its snout
- Olfend: tweaked water amounts when adding to or drinking from a water barrel
- Olfend: improved trace when rider sprays water, so it can hit fires above it easier (needed to fight those ballista flame bolts
- Bird taming improvements, including preventing them from immediately fleeing after bola release when they should attack instead
- Fixed bug where in-progress sail canvas repairs do not continue after transitioning
- Fixed bug in crop plots where fertilizer amount shows 0 after save/load
- Resized large crop plot mesh so it is actually larger than the small crop plot (visual update only, no changes to footprint/collision)
- Tutorial UI: fixed button label text not clipping when scrolling
- Changed tribe member offline duration string to better fit the UI
- Ammo container HUD tooltip displays ammo types only if amount > 0 in the container
- Fixed a bug where water barrel was always being placed with 3000 water
- Re-added missing Tools folder to Steam PC client (LocalizationManager)
- Fix: Ammo container HUD shows text "Press [LeftShift] to switch between ammo types" when looking at an ammo container on a ship after getting on/off a turret