June marks the 6-month anniversary since ATLAS’ initial launch to Steam Early Access. We’d just like to take a moment to say “Thank you!” to all of our players and fans for your support over the last 6 months and to reaffirm to all of you now that the development team is still committed to making ATLAS the best game it can possibly be. Especially with the help of your continued feedback and support; please keep your ideas, concerns, complaints, and reports coming.

For this Captain's Log, we'd like to give you an early glance at some of the content that'll be making its way ashore with the upcoming Mega-Update!

Head to the shooting range and pull out your pistols, it's time to brush up on your marksmanship! 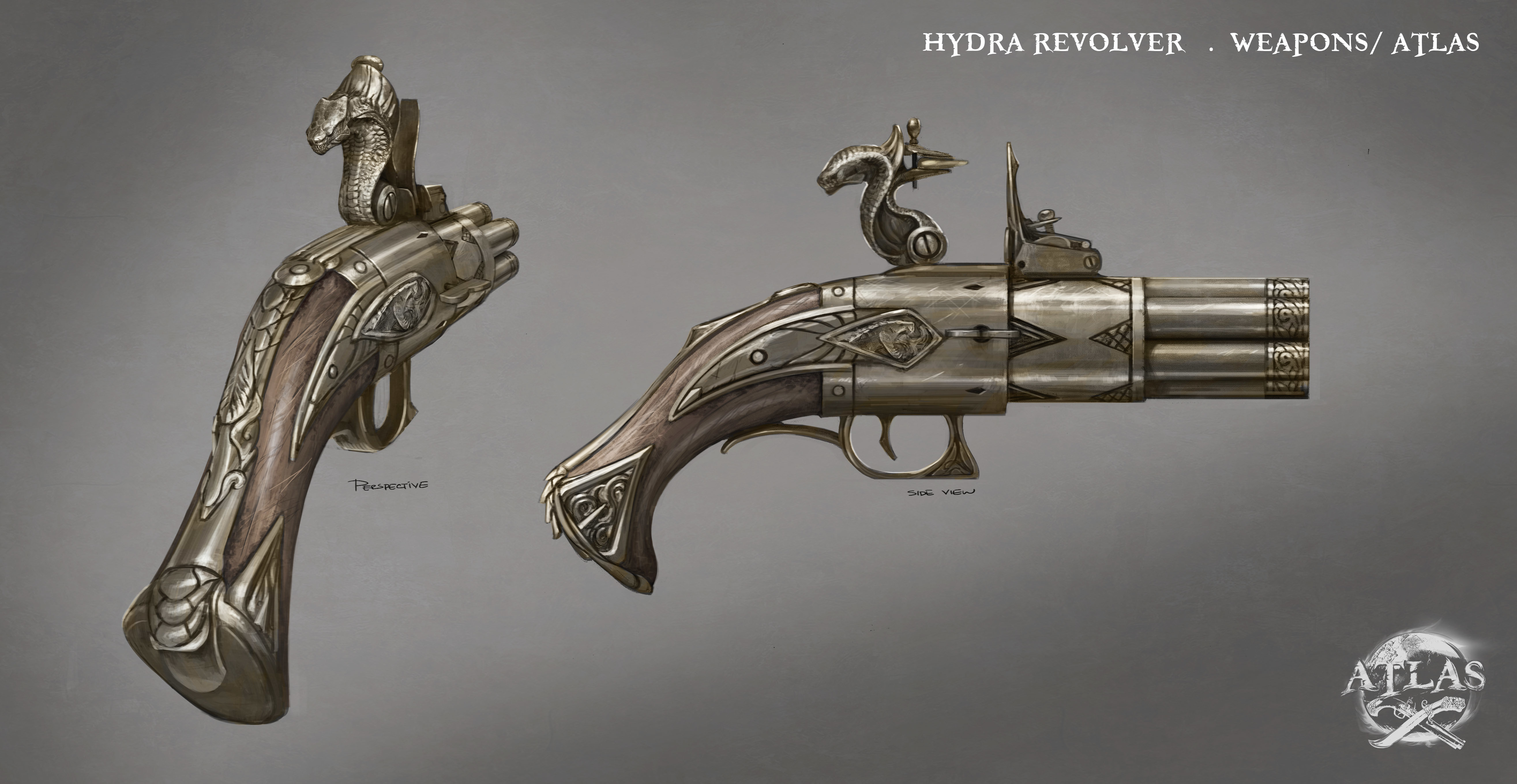 This new and improved revolver allows for up to 6 shots before reloading! So if your aim sucks, or you have multiple targets, this will be your weapon of choice.

Curious about what else we'll be adding? Careful, you might just kill the... 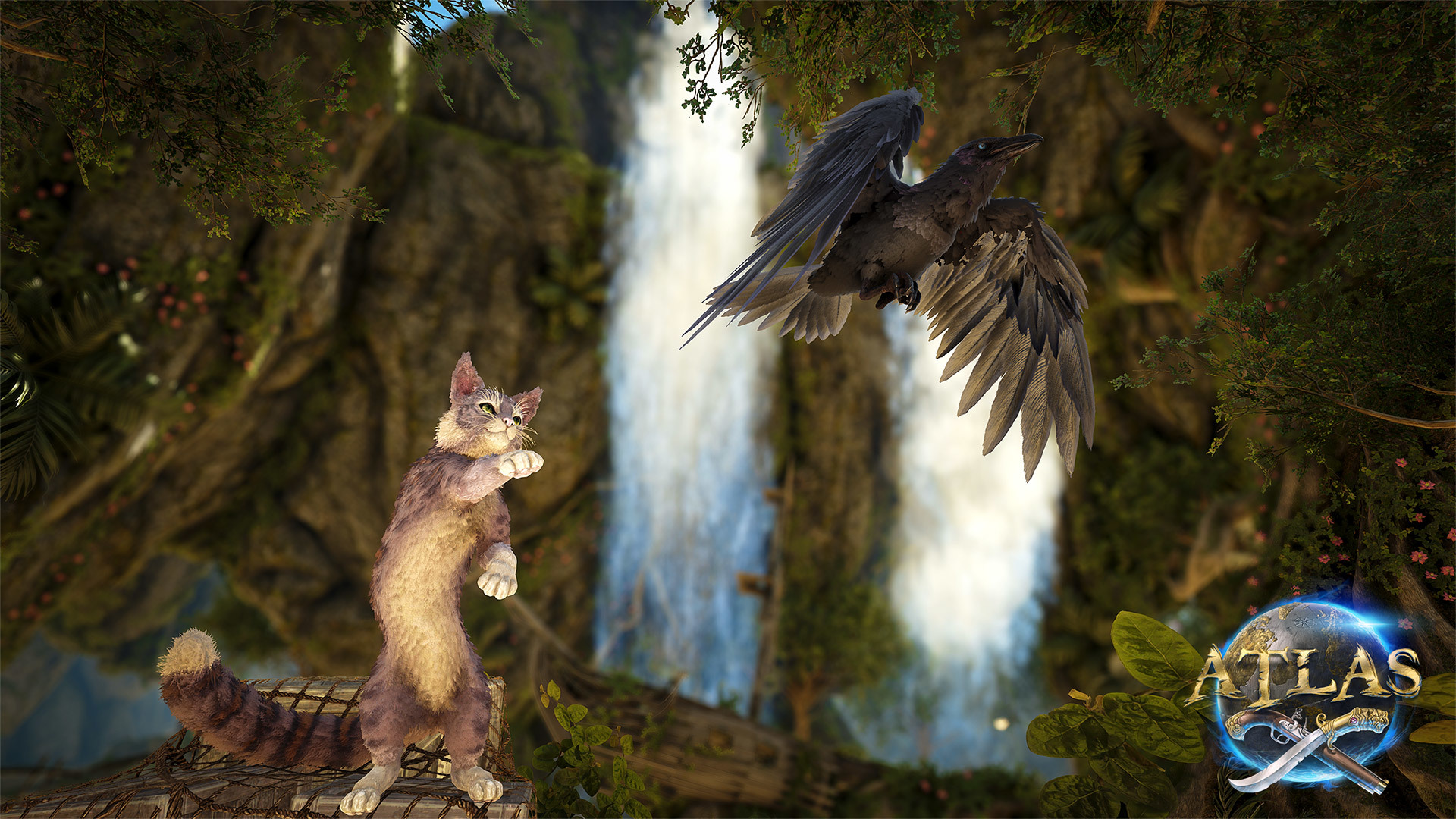 You can pick up the high-quality wallpaper here[www.playatlas.com]

Found in caves, the cat makes a purrfect pet for contaminating enemy pirates! It can be tamed by hand-feeding, but you better be sneaky, as they’re known to be quite skittish. After a cat has been tamed, order it to ‘hunt’ and wait for your tamed feline friend to catch a rodent, either a rat or a mouse. Each offering the pathfinder something different:


We realize this may not be everyone's tankard of grog, but don't worry, there’s more to come and we can’t wait to share it with all of you. Stay tuned!

We have added a bug reporting channel to the ATLAS Official Discord. We appreciate your bug reports and we aim to collate and act upon them as efficiently as possible. In order to facilitate this further, we have shared some guidelines there on how to how to make a clear bug report including information that is relevant to maximizing the way in which we sort, investigate, and debug.

We’ll continue to keep an eye on Bug Reports posted on our Official Forums but we are finding Discord is very conducive to investigating and resolving them.

We have enabled Nitro Server Boosting for the Official ATLAS Discord. Fellow pirates of the Discord who boost the server will find treasure awaiting them!

What do you receive for boosting the Atlas Discord?


For those of you unfamiliar with the new server boost feature, you can find out more about it here.[support.discordapp.com]

Patch Notes Up To v207.7
While working on the upcoming Mega-Update, we are still continuing to iterate on the live game. These are the updates that the game has seen since our last Captain's Log.

v207.7 - Fixed harvesting boost from giving more resources than intended - Fixed some unharvestable rocks and adding Fiber to missing freeports - Moved sextant GPS/Speed/Direction from above the hotbar to below the sextant compass widget - Prevented using Lucky Loader when in the middle of a reload - Fixed Harvest Boost and other skills from resetting their cooldown upon death - Crafting that requires 'water' as a resource will now consume 100 water, rather than the entire container - Fixed Grill not being able to use water containers as a crafting resource - Fixed overlapping text with Reservoir and Grill - Hydra is able to reliably break down trees - Fixed an issue with fishing rod where it would destroy itself when the item had broken v207.6 - Added JSON object library. - Added blueprint interface for anonymous communication between mods. - Added helper functions for: Searching for creatures by ID. Retrieving filtered class lists. - Re-enabled UObject counter in the devkit v207.5 - Fixed an issue with dropped ship cargo being incorrectly calculated v207.45 - Optimised Fog of War memory usage. - Added a new slider: Ship Draw Distance (note: changing this will require a client reconnect to take effect). This setting changes the distance at which non-core ship structures and seated characters will draw for clients. If you wish to revert this, move the slider all the way to the right, alternatively, slide to the left for higher performance (particularly in large-scale ship battles). - Looking at boats through a spy glass will force maximum draw distance on non-core structures and seated characters. v207.4 - Fixed some server-side crashes - Fixed double harvesting feat - Ship of the Damned will now lose agro if they have not dealt damage for some time - Ship of the Damned Galleons now have cannons on the front - Decreased the time it takes for Ship of the Damned to respawn on Golden Age Ruin servers by approximately 75% (previously 1 hour, now 15 minutes) - Fixed being able to drag players inside the Ice Dungeon v207.21 - Enabled Ship Structure Weight to the item tooltip - Fixed a client crash caused by crop plots - Giant Tortuga: Added step damage to prevent getting stuck on trees. Increased step height to prevent getting stuck on small obstacles and helps to more easily get out of water. Decreased tail swing range as attack missed at old max range. - Fixed combat state not being unset with gamepad - Fixed displayed ingredient requirements for Unthinkable Delicacy notable differences: 25 animal meat -> 10 cooked prime meat 10 Magic Marrow -> 10 Mythos added 50 hunger requirement to feat description - Server option to force disable structure prevention volumes Server Launch params: ?DisableStructurePreventionVolumes=true or in GameUserSettings.ini under ServerSettings DisableStructurePreventionVolumes=true v207 - Fixed a bug which impacted Ship of the Damned's ability to sail - Updated the quest description for 'Veteran Explorer'. It now takes 25% of all DPs, rather than 50%.
Community Spotlight
We will be putting a spotlight on Community initiatives in future Captain’s Logs. Please reach out if you run a community website, trading group or other Community as we'd love to hear about it!

Dev Kit
The new ATLAS Devkit update, including all of the latest content from Mega-Update 2 is now available! Information including links to download the Update and the optional Ocean map sublevels can be found here.[www.playatlas.com]

Show ‘n Tell #8!
Check out our PlayATLAS announcement to see the results of our latest Show 'n Tell contest![www.playatlas.com]