Now that the flux of development related to ATLAS 1.5 has settled, we have made a return to our regularly scheduled patches to address stability, bugs, and balance whilst we prepare our next Mega-Update. This is a good time to reaffirm our commitment to ensuring ATLAS continues moving towards its ambition of becoming the ultimate fantasy pirate adventure. This Captain's Log will you a sneak preview of what we're currently working on for our May Mega Patch whilst maintaining the live game on the side.

Live Stream!
But before we get into that... save the date, as next Friday, the 3rd of May at 2 PM PT we’ll be live streaming some of our upcoming content and revealing more details about the next Mega-Update!

The stream will be hosted on both Twitch and Mixture, so be sure to tune in!

We’ll also be collecting questions from the community which we’ll be answering live. If you’ve got something on your mind, whether it’s about future development plans, upcoming content, decisions regarding features, or how we feel about Endgame, submit your questions to this thread!

Mega-Update!
Now that our first large milestone has made it out the door, the team has been working hard on our next major content update. This will include new playable areas, creatures, weapons, items, ship mechanics and more -- much of which we’ll be covering in our upcoming Live Stream!

Please keep in mind that this update is an evolving work-in-progress and thus, isn’t set in stone. This means that it’s open to change, whether it’s the visual appearance or the actual intended gameplay purpose it serves.

But without further ado, here’s a little peek of the content to come! 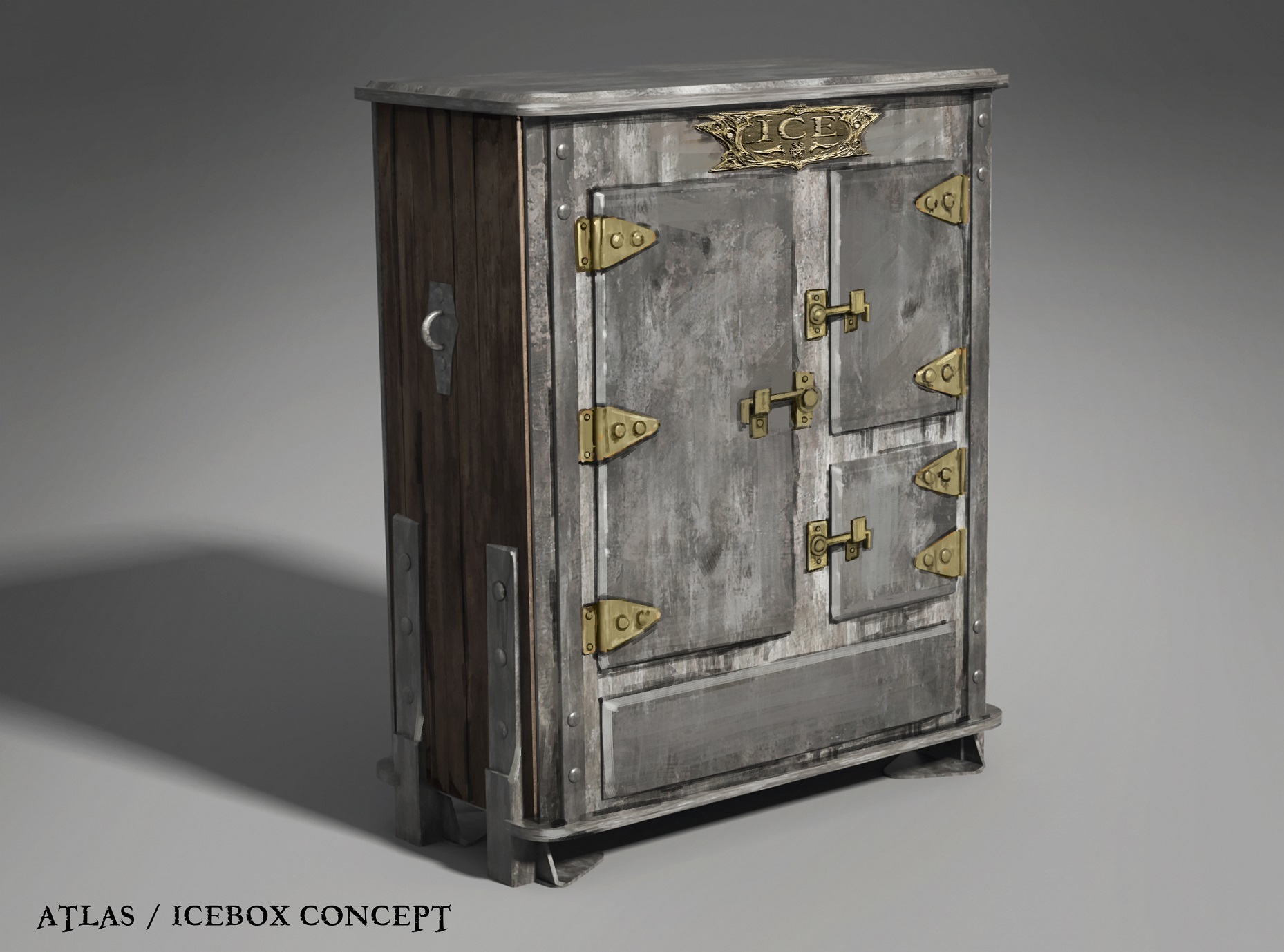 A high insulation box for transporting ice! Can be used to reduce surrounding temperature, extend the spoil time of perishables, and quench your thirst -- assuming it’s fully stocked. ;)

An underwater weapon that players can use to launch a piercing spearbolt with power and accuracy. 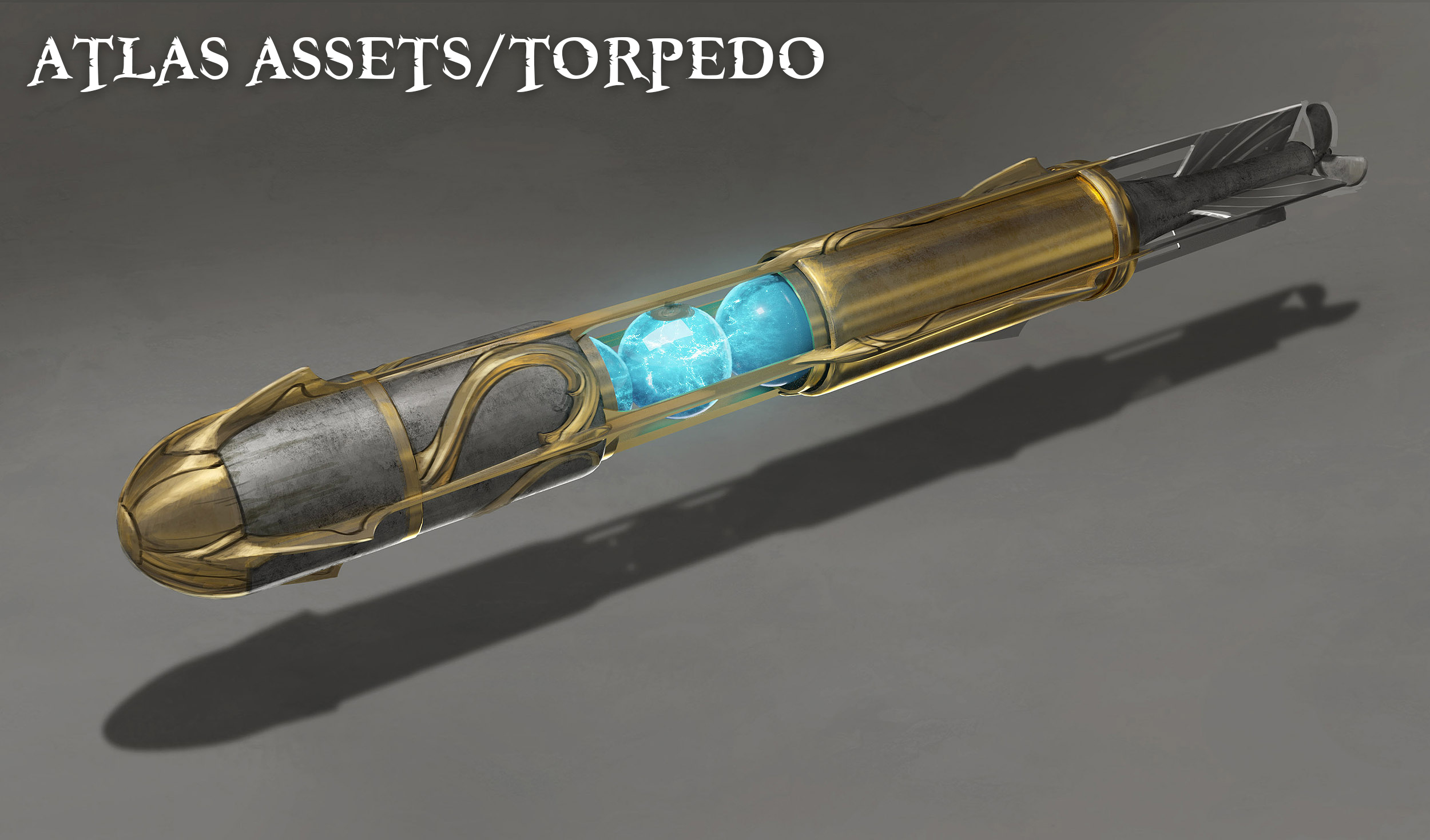 An underwater missile fired from a torpedo launcher (snapped to gunports), which can be aimed down into the ocean to destroy structures built underwater, or shot across the water surface (cannot travel or be shot above the water surface). 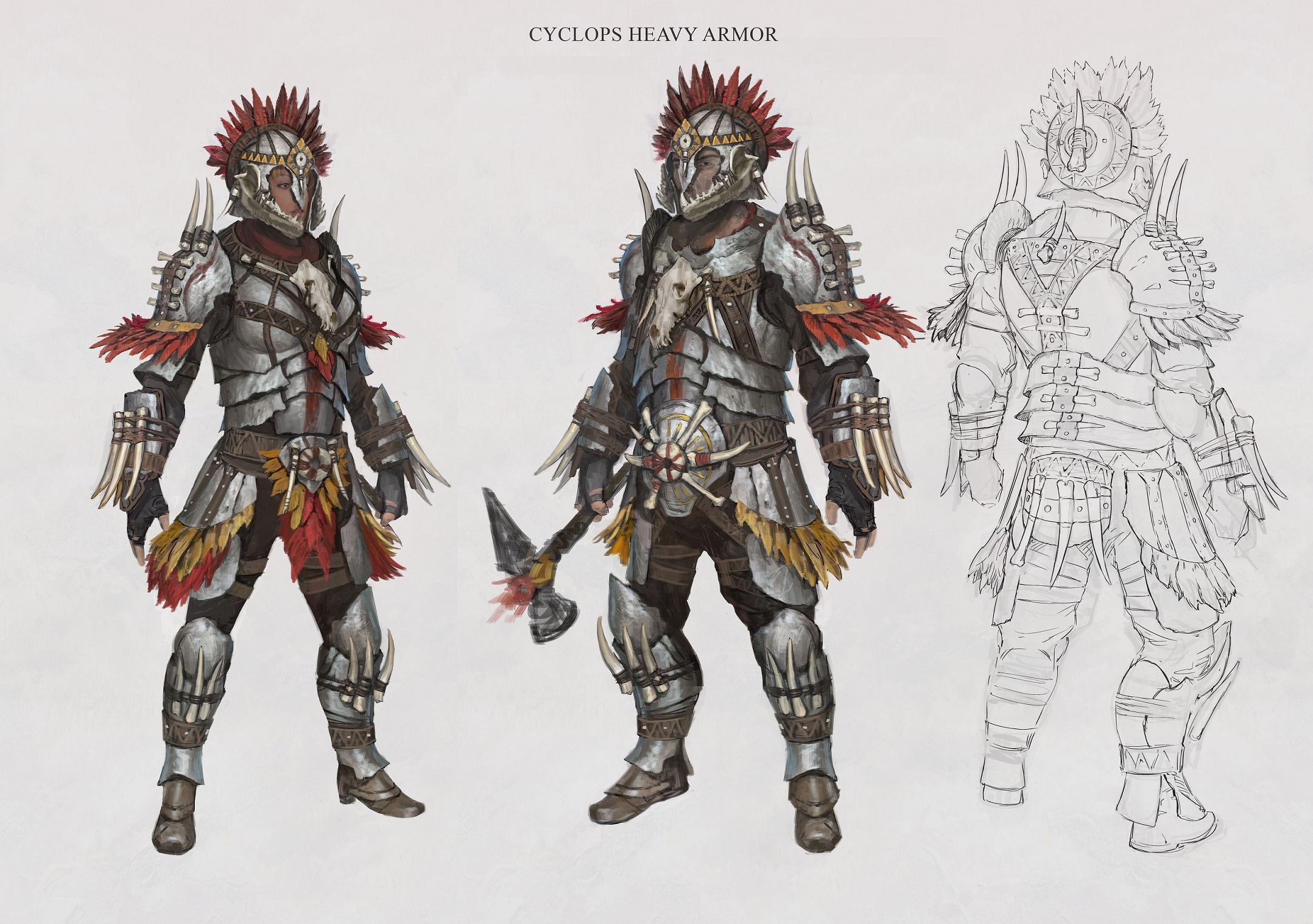 The heavy armor edition of our Cyclops Armour opens the door to intimidating your foes in our tribal-themed skin with a little extra heavy...metal :D

This Mega-Update will be loaded with new features and content and we’re excited to get it into your hands. There’s a lot to come with it and even more planned for the months ahead which we will be displaying and discussing in the stream next week. As always, thank you very much for all of your feedback and reports; this community is very involved and passionate and you guys directly facilitate the evolution and development of ATLAS along with our ability to address issues and bugs.

In early June we expect to be able to release our special mod-map, Blackwood, created by Iso, the level designer behind ARK’s popular mod-map Crystal Isles. This is not something we’ll be supporting specifically on our Official Network, as it was designed and intended to be used for single servers an example of a stunning mod map that can be hosted unofficially. This specific map will be set up so that you can still enjoy all the mechanics that ATLAS has to offer, whilst hosting it as a standalone server with no additional database setup required!

Patch Roundup!
The community’s contributions throughout early access, whether that’s bug reports, feedback on features, and content suggestion have been highly helpful in ATLAS’ development. Thanks to your reports, we were able to identify and resolve one of our more frequent server crashes. Additionally, we’ve spent a lot of time focusing on the core technical aspect of the game and have significantly optimized crew attached to stations, movement on ships, and resolved some outstanding bugs.

The effect on our servers after eliminating that crash. The dip you see on Wednesday and Early Thursday was because we had temporarily disabled a feature which had a high chance of causing the crash and then further dropped Late Thursday onward after we fixed the issue and re-enabled the feature. We couldn’t have done it without your report, so please keep them coming!

You can submit a bug report to our forums here:

Please have a read through of our guidelines thread to help us get all the information we need:

And we’re currently collating information regarding ‘vanishing’ structure pieces, so if you’ve experienced it please post a response in this thread with any information that you can provide, we’ve included a guideline that’ll help us identify the problem.

- Fixed issue where tames could be given move-onto-ship points that were outside the bounds of the ship, or nearly outside.
- Fixed issue where tames could potentially fall endlessly and drown when moving-onto-ship.
- Made 'move-to-ship' pinwheel option more accurate on clients, so it will check to see whether a creature can truly fit on its side nearby. Offset creatures on boats were the culprit for them floating off/sinking through the world!

- Fixed creature "drift" on ships for client
- Fixed issue where creatures could disappear or erroneously die in some cases when moved onto ships, re-enabled move to ship functionality for Officials.
- Added cooldowns to activate or reset Red Alert state (clients get a corresponding message onscreen when they try to execute the order during the cooldowns).
- Fixed issue where crew melee swings on ships couldn't hit their targets.
- Red Alert temporarily disabled on Official Servers whilst we investigate an issue related to its stability.

- Hand Harvesting Skills now affect tool usage as well.
- Fixed Climbing Picks sometimes sending the player off into infinity.
- Ended the Easter Event. Bunny hat skin applications and skinned items will still exist.
- Significantly optimized the networking of character movement on ships
- Fixed a bug where you couldn't see another player turning their character on a ship if they weren't moving.
- Fixed a server crash.
- Fixed issue with resources not respawning near shipyards/docks.
- Fixed an issue where mortars and lighthouses may not have had their activity tags updated properly
- Fixed issue that would cause characters (including creatures) based on a ship to "drift" off the ship over time.

Show ‘n Tell #7!
We’re still collecting entries for the Show ‘n Tell! So you have a little longer to astound us with your creations, be they your fleets, building designs, imaginative tatts, entertaining videos, original fan art or scenic screenshots. Don’t be shy and head to the submission thread for a chance to win some booty in the form of a cash prize!