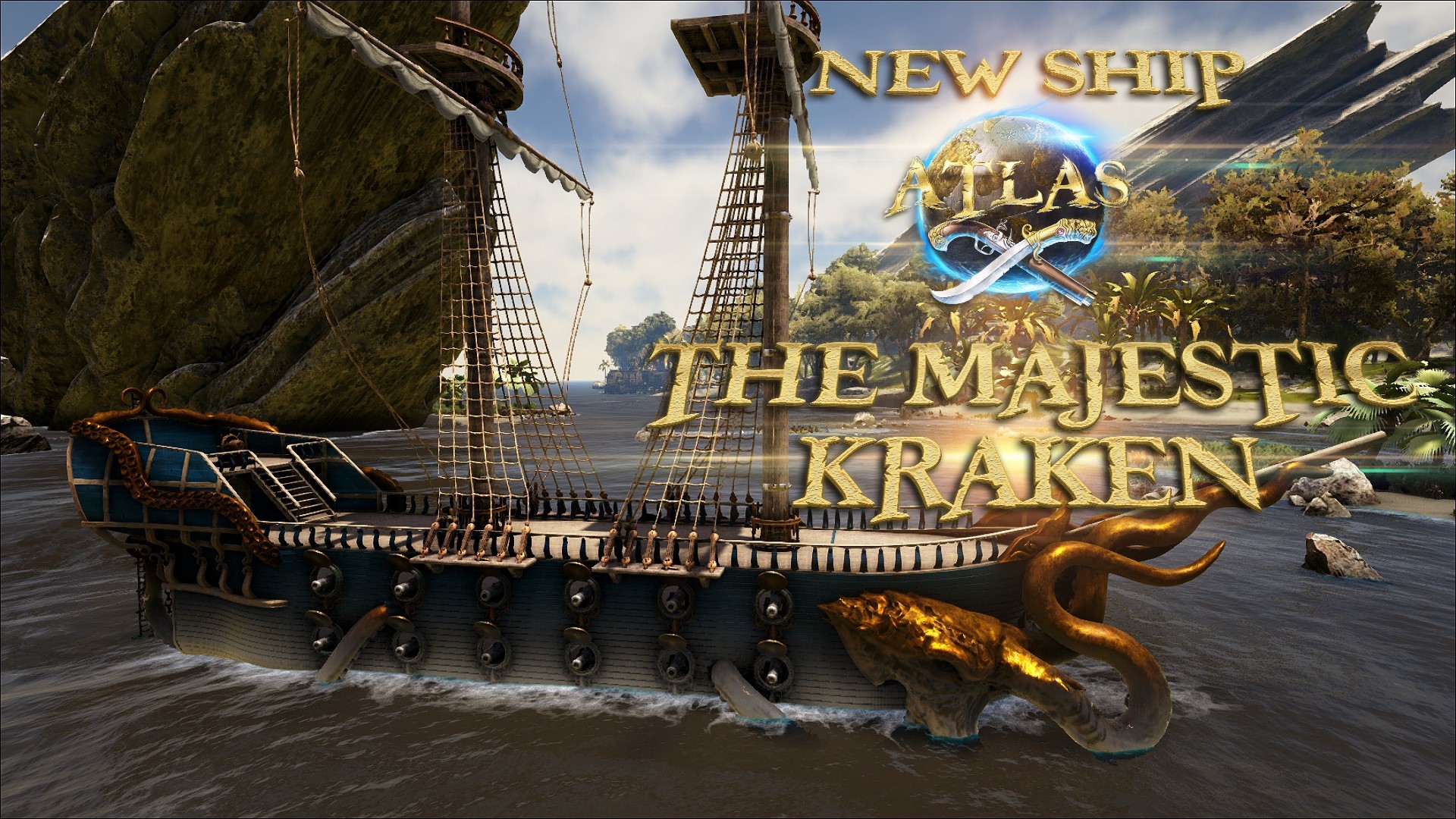 A new ship will be sailing into harbor with the new patch.The “Majestic Kraken” will be available from the ship salesman, it's a streamlined vessel that not only looks deadly but packs quite the punch if she gets her tentacles on you. That's because she's touting 24 cannons that provide 50% more damage. The Kraken will be similar to the previous Ramming Galley, with custom ship compartment load outs and repairable via the Patch Kit. So gather up your doubloons and release the… you know the rest.

In other highlights of the patch, along with a few more bug fixes, we've also taken another pass at the glider suit so you can sail the skies, for a reasonable amount of time.

Lastly, accordion music will wake creatures up faster after being tranquilized. Lederhosen and polka dancing are not required, but it couldn't hurt.

Last patch, we asked our fellow pathfinders to take part in a community survey that would help the Atlas team gain better insight on the wants and needs of our community. Needless to say, we were overwhelmed by your participation and feedback and will be taking a lot of it into consideration. We would like to genuinely thank all who participated. To continue this series of engagement, we will have another community survey in the near future, this one will address recent concerns around ship construction and customization. We look forward to hearing more of your input and appreciate your support.