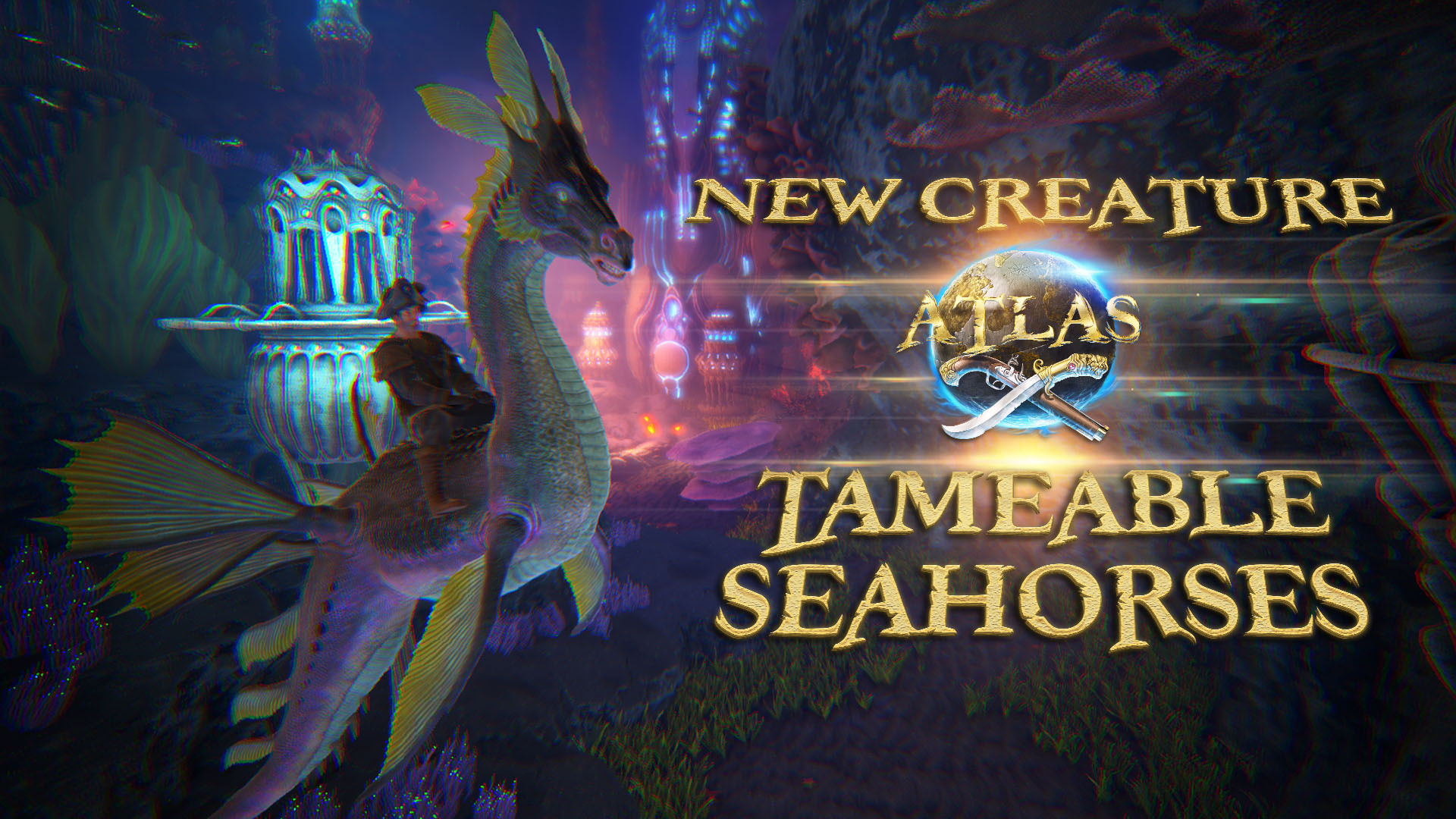 There have been reported sightings of a strange and mysterious creature, often alluded to but frequently brushed off as nothing more than a sailor’s tale! It appears these majestic Seahorses have found their way to the seas of Atlas! From what we’ve observed, it appears these creatures are quite fond of Seaweed and Sea Grapes! Once a Pathfinder has gained its loyalty, the Seahorse may allow them to travel the waters on their back. With its natural poison, the Seahorse is a powerful ally. Just be sure to have an antidote ready in case of any mishaps!

Not to be outdone by Seahorses and their poisons, Dolphins have learned how to harvest Coral and Seaweed for their masters! Do we sense a Dolphin vs Seahorse rivalry in the makings?
Various changes were made to the Glider to make it more fun and useful while trying to address some previous exploits. It will likely undergo more changes as we hear feedback and discover abuse cases.
Please see the full patch notes below for additional details and other exciting changes - including the Flame Ballista Bolt buff, new blueprints for farmhouse variants, resource and loot drop changes, among various bug fixes as well!

We will be publishing a series of surveys on different topics in an effort to better gauge and quantify Community Feedback. Surveys may range from balancing, to design, to community/social initiatives, and more! Some surveys may be more geared towards specific audiences than others, but we will try to hit a variety of different topics and niches - so don't worry if your concerns are not addressed in the current survey. We understand how diverse our player base is and we want ATLAS to be accessible and fun for everyone! However, we are a small team, so we cannot roll everything out at once.

While this first survey is focused on PVP Balance, please rest assured that we are working on many different things at the same time in the background. We aren't forgetting PVE, or Private Servers! A lot of things that you may not see being discussed are either already being worked on or already on our radar/to-do.

These surveys do NOT mean that we are only taking feedback in this way. We are continuing to take feedback from all sources. These surveys are only meant to help us pinpoint and gather further details from community data.

Although we cannot promise to commit any specific change, we would want to be able to quantify which issues players care about most by using this survey to reach as broad an audience as possible.

We appreciate your support! Thank you!

New Creature: Seahorse
Found in the depths of the Trenches, Seahorses are a new creature that can be tamed and bred after unlocking the Underwater Taming skill in the Beastmastery tree.
New Medicine: Antidote
The Antidote can be crafted at the Mortar and Pestle after learning the Basic Medical Studies skill in the Medicine tree.
New Tool: Crude Tool
Players now start with a simple recipe to make a tool they can use to collect wood. No more bloody fingers!
Dolphin
Flame Ballista Bolt
Glider Suit
Various changes were made to the Glider to make it more fun and useful while trying to address some previous exploits. It will likely undergo more changes as we hear feedback and discover abuse cases.
Loot Drops
Resources
Ships
Tames & Creatures
Misc 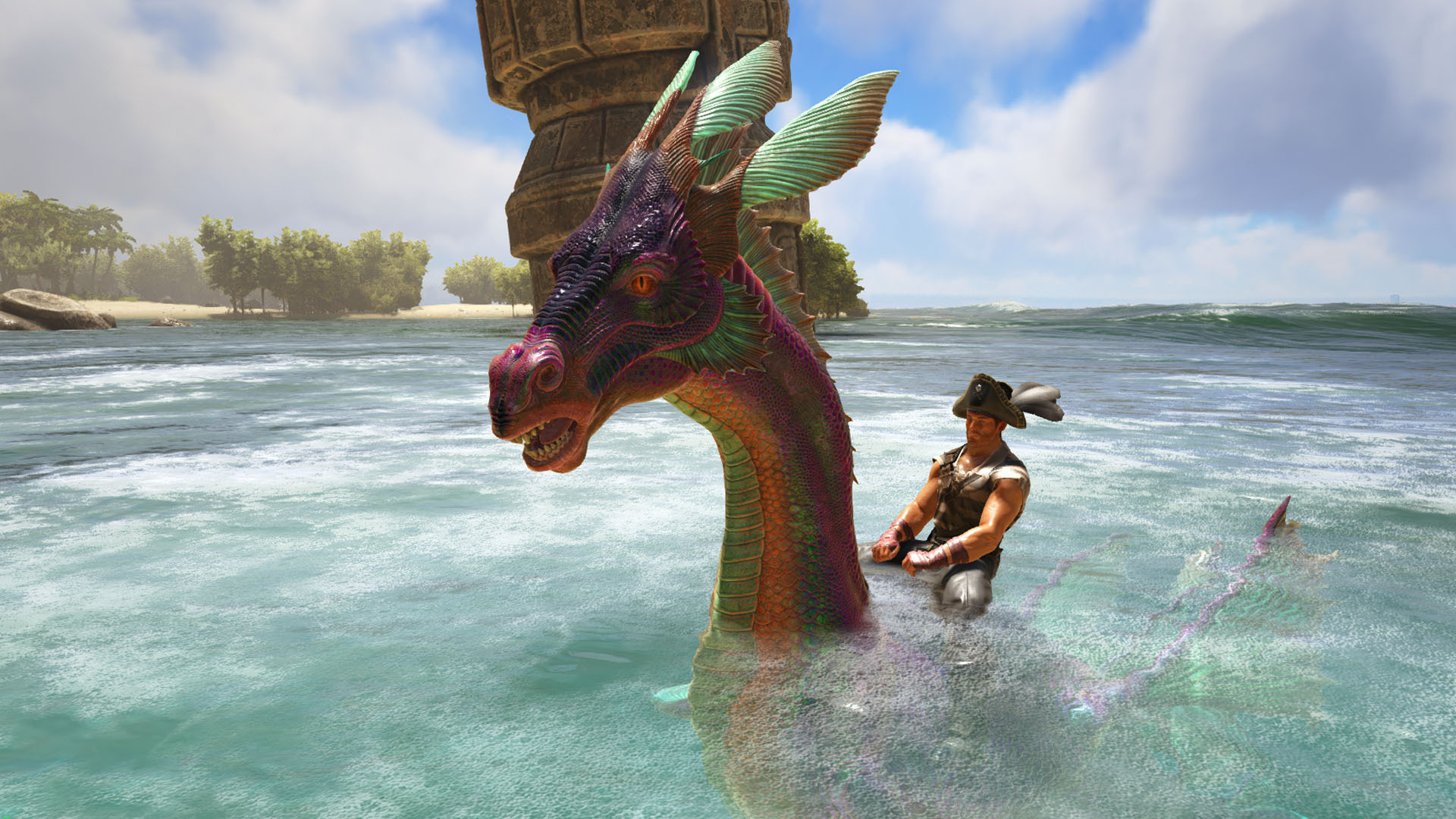