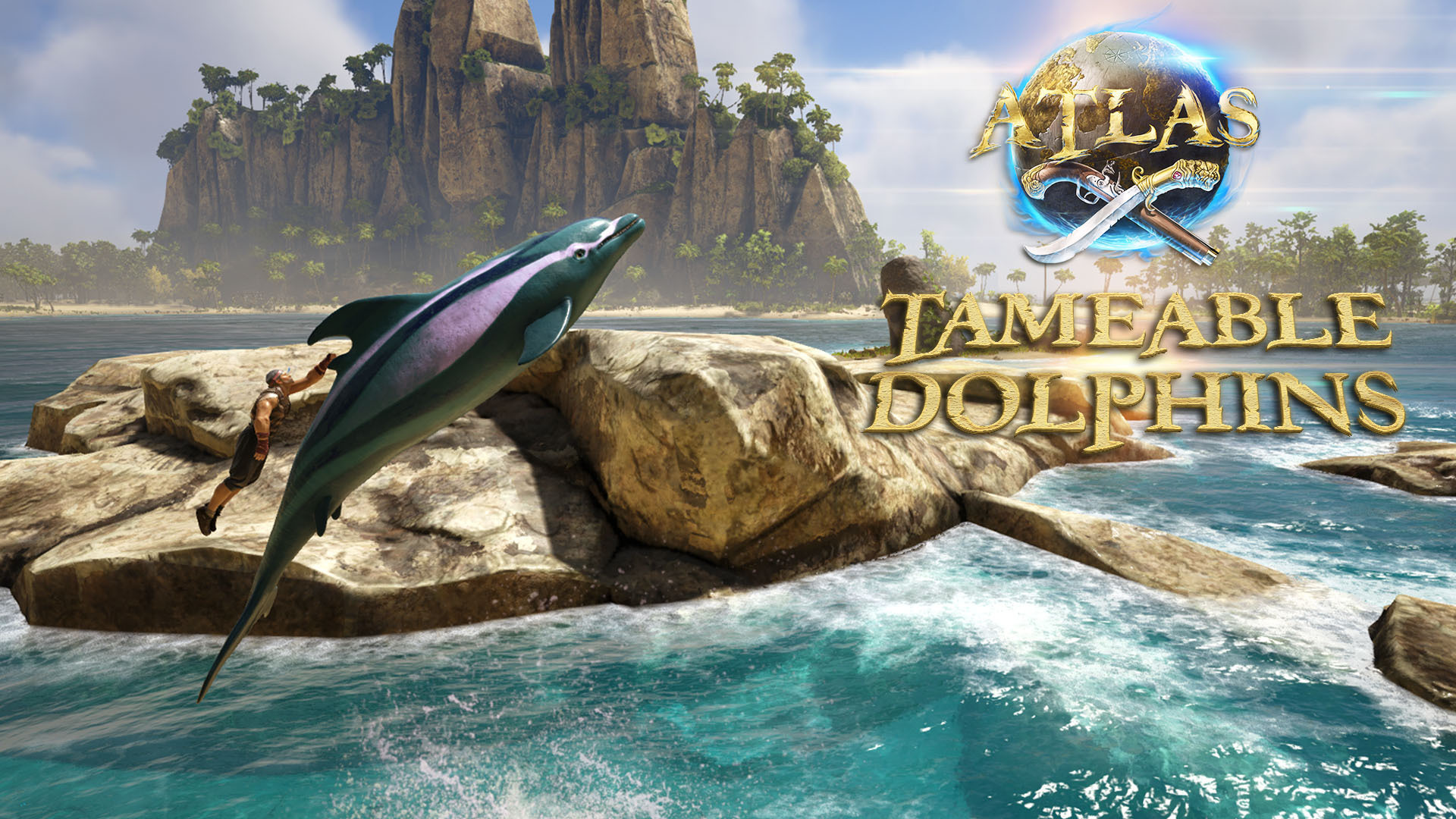 We hope you all have had a wonderful start to the New Year so far! ATLAS’ first patch of the year is now here and we thank you for your patience!

Since we have renewed the ATLAS journey last Summer, there have been many changes and we are continuing to further develop the features and mechanics that are starting to take shape. Farmhouses, Warehouses, Markets, and the Trading system will continue to be tweaked and refined. We have plenty in store for the specialized ships within the Ships for Gold system as players will be able to customize these ships as more are released and the system becomes more sophisticated.

We are still testing a new claim system and Tradewinds are still on our agenda. We also have a few new things on the horizon for ATLAS. Not to mention, we are continuing to work on optimization and server improvements in the background! We hope you stick with us, it’s gonna be an exciting ride!

Tameable Dolphins
Tired of travelling by ship? Dolphin riding is now an alternate form of water traversal! Dolphins are the first underwater creature that can be tamed and bred by unlocking the new Underwater Taming skill in the Beastmastery tree. They can be tamed passively by feeding them meat, in particular, the new Squid Tentacle which can be obtained by defeating Squids. As part of an overall initiative to revamp and bring new purpose to tames, Dolphins are the first of a slate of new underwater tames that will have specialized functions. Afterall, as a pirate game, we would expect there to be more interactions with creatures at sea. Pathfinders can expect small changes to tames and breeding to slowly roll out in tow with some patches. We hope to elevate the taming system in ATLAS to be more viable and fun as other mechanics may change how some tames were used before. 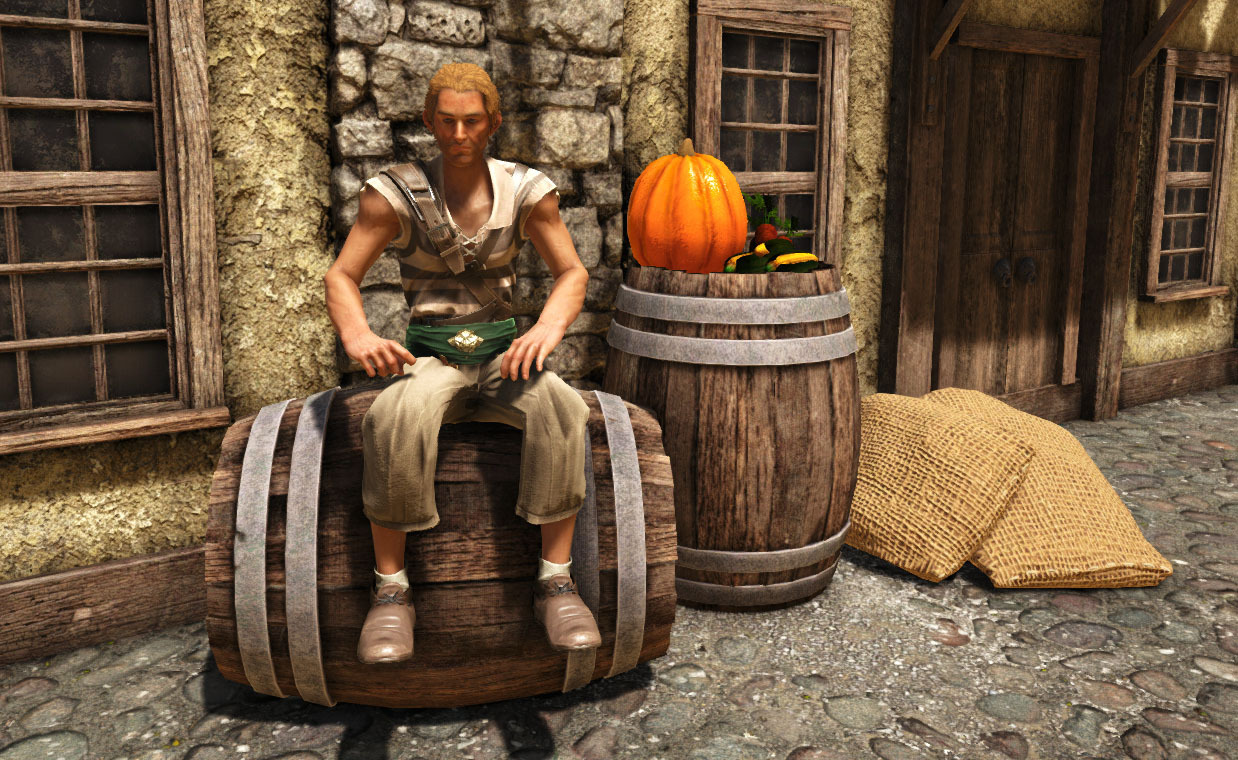 Business is booming, and a new vendor has set up shop at the Freeports! Working on your farm and looking for a particular crop? The Seed Vendor is your one stop shop! Most seeds can be purchased at a rate of 10 gold for 5 seeds.

With new business, also comes a new crop! Coffee Seeds can be purchased from the Sea Vendor at 20 gold for 5 seeds. Fight away sleep in real life and in game! Coffee Beans can be brewed to create Coffee! Drinking coffee will give pirates the new buff, Caffeinated, which reduces incoming torpor damage.
Embrace the power of coffee! Do we smell a Starfishbucks empire coming up?

Last patch we introduced the Lumberyard, the first of the new Farmhouse variants as we continue to refine the Farmhouse system. These variants are specialized Farmhouses that will gather certain resources at a faster rate. We are now introducing the Mine - a farm that will only gather Metals and Gems, and the Quarry - a farm that will only gather Stone, Crystal, Salt and Flint. They both share the same placement restrictions as other Farmhouses, but require different resources to craft as detailed in the Patch Notes.

All Farmhouses are undergoing changes in preparation for adding Blueprints. Gather rates have temporarily been normalized at a lower rate across all types. Quality Blueprints with stats will increase this in a future patch. Other changes made to Farmhouses include base inventory size and base inventory slots increase. Based on feedback, decay time of Farmhouses has been changed to 10 days.

New Structure: Mine
The Mine is a farm that only gathers Metal and Gems. It can be crafted at the Smithy after learning the Advanced Automation skill in the Construction & Mercantilism tree.

New Structure: Quarry
The Quarry is a farm that only gathers Stone, Crystal, Salt, and Flint. It can be crafted at the Smithy after learning the Advanced Automation skill in the Construction & Mercantilism tree.

New Shop: Seed Vendor
A new vendor has arrived! The Seed Vendor can be found in Freeports and provides all the seeds required for your farming needs.

New Drink: Coffee
Coffee can be brewed at either the Cooking Pot or Grill after learning the Intermediate Recipes skill in the Cooking & Farming tree. After drinking, pirates are given a new buff, Caffeinated, which reduces incoming torpor damage.

New Vegetable: Coffee Bean
Since Coffee Beans are not native to the Atlas, they can only be grown from seeds. Pirates who prefer adventuring over sleep will always want to keep Coffee Beans on hand!

New Seed: Coffee Seed
Coffee Seeds can only be purchased from the Seed Vendor. They are required for growing Coffee Beans.

New Tame: Dolphin
Dolphins can be tamed passively by hand feeding them meat. In particular, they enjoy fresh Squid Tentacles, Fish Meat, and Crustacean Meat. By grabbing hold of their dorsal fin, pathfinders can ride them as they speed and jump through the ocean.

New Meat: Squid Tentacle
Squid Tentacles are a new type of meat that can be obtained by defeating Squids. They can be eaten raw and don't spoil. Instead, they dry out over time and remain safe to eat!
Dried Squid Tentacles will soon have a special use, so you may want to start collecting them now!