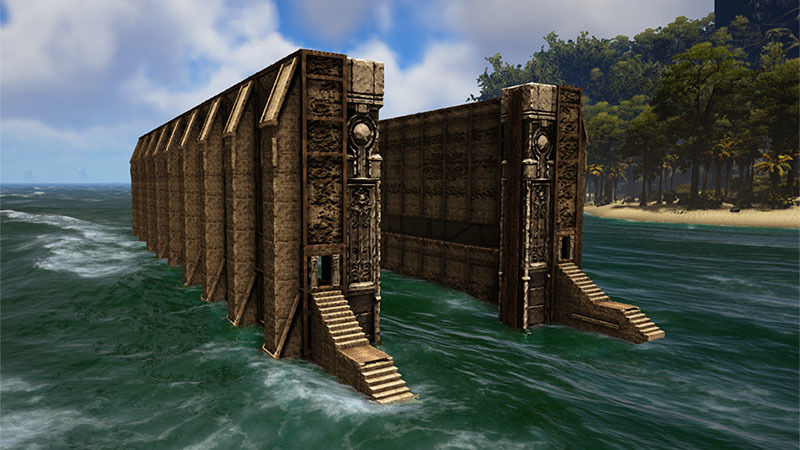 We want to start off by expressing our gratitude to the community throughout the launch of the Trade System. As we sail along the development journey, some seas may be rougher than others, but we are still making progress and we would like to extend our thanks to the community for their patience in joining us on this ride. Although we had to consequently disable Trades last week while we worked on a solution, we will be enabling them again with tonight’s patch.

Harvest Rates will also be returning to normal.

The ATLAS Trade System is an ambitious undertaking that we want to make into one of the core pillars of ATLAS gameplay. Even with the initial iteration of Trade Functionality introduced, it is still very early in the development phase. We are continuing to develop the system in a step-by-step process. Early Access gives us the unique opportunity to roll out the system in phases to see how it performs live, allowing us to also make changes and improvements based on community feedback. It is to be expected that while the Trade System is still in its early development phases, we may have to regularly enable/disable Trading as required to fix any bugs that may occur - although we will do our best to minimize this possibility. For players wondering if this means we will have to perform a wipe, the last wipe was necessary for us to clear any withstanding issues from a previous implementation of the Sea Forts. The Trade System was implemented in a way so that we can disable/enable Trade Functionality server side without requiring a client update or a wipe. With that being said, depending on the issue and how it affects gameplay, sometimes it can be necessary.

Trade Shipments will remain virtual for the time being until the system is more stable, and testing on the tangible NPC Shipments continues.

As a survival sandbox, the gameplay surrounding the risk of losing your stuff when you respawn is part of the appeal. However, there is a balance to it and we recognize the need to introduce some elements to help with survivability. One of the first things we’ll be introducing are Armored Docks, as seen in the preview image, to protect your hard earned ships!

With tonight’s update, players will be able to build the first one - the Large Armored Dock, which can be found in the Seamanship Tree under the Expert Shipwright skill. For 1200 Alloy, 1800 Fiber, 6000 Stone, 2000 Thatch, and 2500 Wood and a daily upkeep cost, players will be able to build a Large Armored Dock to park and protect their ship in this 300,000 hp Armored Structure.

At this time, the Large Armored Dock can protect all ships. However, this large version is intended to store Brigs and Galleons, with smaller version(s) to come out later. The long term goal is that larger ships will need a lot more support than smaller ships.

Please know that this is still the Alpha version of the Armored Dock. Future Patches will see bug fixes, balance changes, and more polish to the Armored Docks. We are not quite there yet, but with further balance and changes, we hope to see this as one of the first of many changes that will also help solo Pirates and Small Companies.

We would like to thank the Community again for their continued feedback and support throughout the ATLAS development journey. The reintroduction of Explosive Barrels was meant to bring back an old mechanic and create a space and balance for it. We have spent a lot of time observing the gameplay surrounding it and we have been paying attention to your feedback. While we are still going to be introducing changes with Barrel gameplay in mind, we do hear you!

In 515.17, Explosive Barrels can no longer be fired from Cannons or Large Cannons. We have also added an 80 Gold cost for crafting Explosive Barrels. Thank you to the Community for your part in helping us to shape and define ATLAS gameplay.

New Structure: Armored Dock
The Armored Dock is a structure built in shallow water to dock a ship inside of. It must be destroyed before the ship can be damaged. This Alpha version of the Armored Dock is still in progress and not fully functional! Be warned!

Smaller Armored Docks are coming in future patches along with bug fixes, balance changes, and polish.

Again, we would like to emphasize that ATLAS is still in Early Access, meaning many things can and will likely continue to drastically change - even in the middle of development. Anything discussed is only up to date as of the moment it is posted. Features and changes that ultimately make it to the next patch may be different from what was previously discussed.