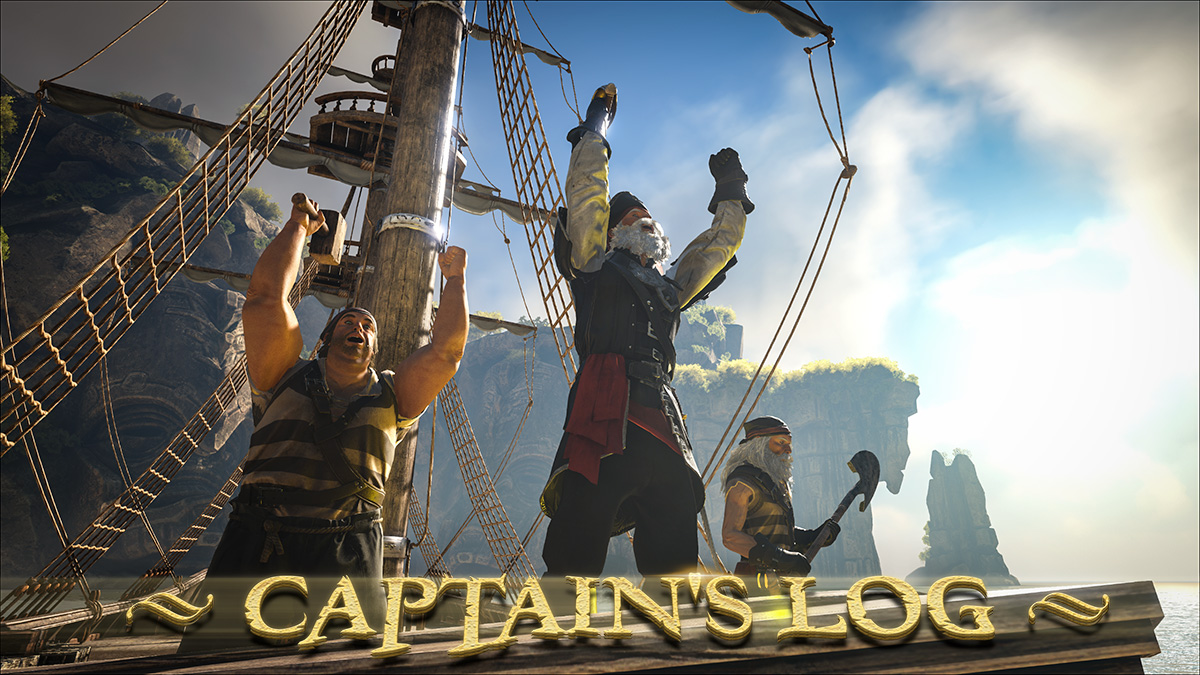 We’ve seen some interesting action over the past week whilst Anarchy rules! Players have found imaginative ways to entertain themselves within this no holds barred meta whilst we gather useful data for the future. Meanwhile, the team has had in-depth discussions regarding the upcoming patch, with some specific focus on claim and war systems. There will be some adjustments to our previously announced plans and this Captain’s Log will outline the details that have emerged during this process. The specifics will be honed and adapted as we approach the PTR as well as the launch of these new systems.

March Mega Patch Update!
If you didn't have a chance to read our previous Captain's Log, please do so as it covers a lot of information regarding our massive update coming later this month, and will add some clarity to the changes we discuss below.

General Claim Changes
We’ll be making some general changes to the system which will impact both PvE and PvP servers:

PvE Claim Changes
We received an extensive amount of feedback from the PvE community regarding our upcoming changes. The overwhelmingly clear message was a desire to retain some form of a claiming system. One aspect of the design is the fact we want players to always have an option to build, otherwise, the game cannot be truly experienced in its current state.

We understand that there are some concerns regarding how that could potentially be exploited in a PvE environment, and we’ll be working on designs and systems to ensure that isn’t the case from a technical point of view, as well as through GM involvement.

With the Mega March update, the claim systems on PvE will change from being lawless-esqe servers to the following:


However, we are planning some PvE specific changes

PvP Claim Changes
We’ll also be adding some new options along with changing how cannons are used during raidable/wartime hours.


We recognize that there has been a lot of feedback regarding alliance limitations and how they impact mid-sized companies along with the role they play when sharing territory. This is something we are currently discussing and we may have an update for you closer to the time of the patch.

Player to Player Secure Trading System
This update will also include our first phase of the Player to Player secure trading system! We regard this is an important aspect of the game, alongside our Player ran shops, which you’ll be able to experience later this month on the PTR!

Procedurally Generated Shipwrecks
The March Mega update will also be introducing a new environment objective for players to explore whilst out at sea! Procedurally generated shipwrecks exist as a new source to loot for items and blueprints. You’ll be able to find them randomly populating throughout the sea floor, with a higher density present around the underwater trench. You can find them by diving deep into the ocean or looking out for their visual indicator on the surface of the water, or successfully completing the sextant mini-game which will point you in the direction of nearby shipwrecks (procedurally generated or player-made).

We’ll have various types with their own unique looks. Players will need to swim into them to locate the chest to loot, which will vary based on the shipwreck.

The structural pieces (planks) will not be able to be harvested, and the submarine can just directly attack the shipwreck to harvest the loot. Once the chest inside the wreck has been activated, it will begin a timer which will destroy the wreck, additionally, looting it entirely will also cause the wreck to be destroyed.

Please keep in mind that this will be our initial implementation for these procedurally generated shipwrecks and we’ll be expanding on them in a future update, as well as introducing more PvE content for players to explore and experience.

Public Test Realm (Test Live)
This update, including the war system and claim changes, will be making its way to our Public Test Realm before it hits the entire Official Network and will be accessible for all players for both PvP and PvE. We anticipate that Test Live will be available to play around the 20th of March but will keep you posted should there be any more updates as the time approaches.

We appreciate all of the feedback you’ve shared regarding the update and will continue to work on improving the systems, and the game by incorporating aspects of that feedback into our existing developmental pipelines as well as our vision for the game!

Upcoming Major Version
We’ll also be releasing a major version update on the 8th of March, which will contain a massive overhaul to the way items are replicated on our networks. This should result in a considerable performance gain and reduction in bandwidth on servers, and due to the scale and necessity of the changes, a major update will be required.

Additionally, we will be rolling out the Peg Leg and Hook Hand cosmetics which can be acquired at your nearest Freeport!

Dynamic ATLAS Maps
Our roundup of the Dynamic ATLAS Maps will be on a temporary hiatus due to the current Anarchy patch and the fact we have announced the wipe. It will be making a return when the ATLAS relaunches with the new claim and war system.

Show ‘n Tell #5!
We saw an impressive array of submissions in this fortnight’s edition of Show 'n Tell. It's awesome to see all of your creativity and talent. Feast yer eyes on th' best o' th' bunch by heading to our Community Hub!