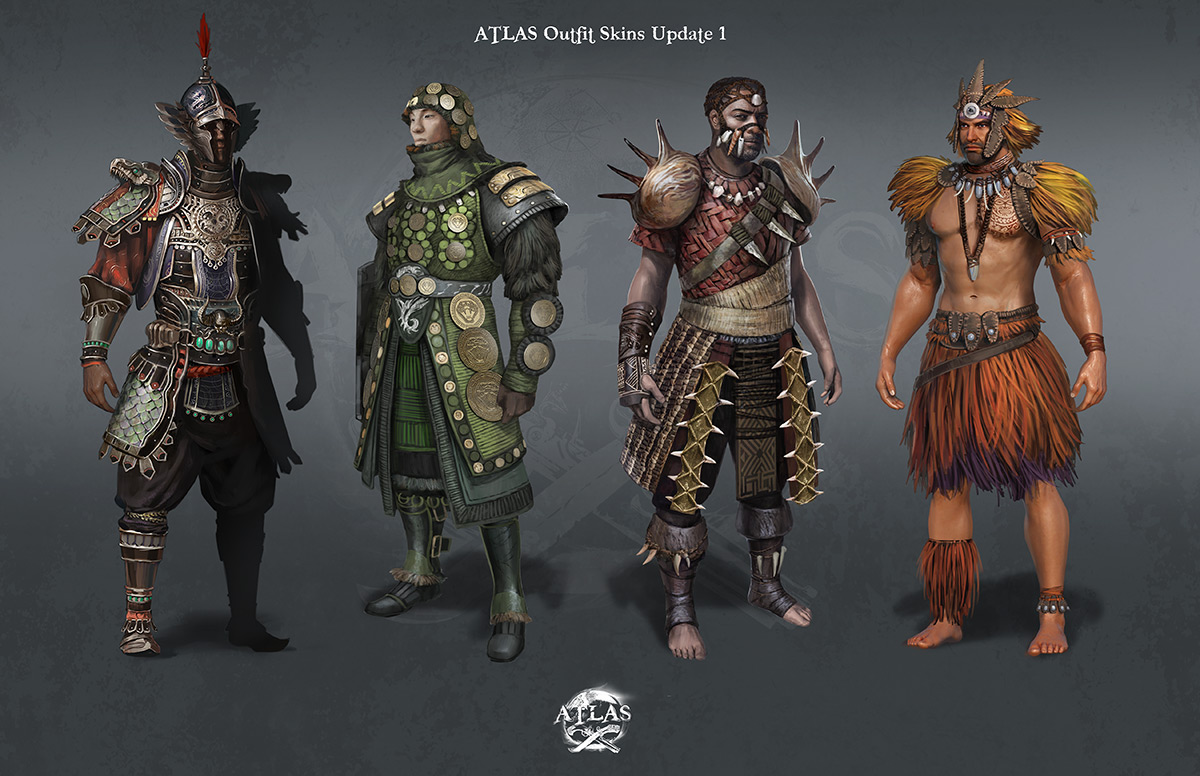 We’ve hope you’ve had a bountiful weekend! For those of you on our Official Network, we’re currently running a bonus 2x event through until Wednesday with double harvesting, gold, and taming on all our Official Servers! This Captain’s Log wraps up a big week which included our first ever livestream, which we’ll have a link to below, as well as the introduction to our upcoming mega content patch, featuring bounties, player markets and more!

Thar she streams!
Thank you for joining the Seattle Crew for our Livestream! We were thrilled to interact with the community directly in a live environment whilst answering questions you had sent in, sharing an overview of our developmental process, our vision for the game, as well as giving ya a sneak peek at what’s to come!

For those who weren’t able to catch the stream, you can check it out here:

During the livestream, we spoke about three pillars of development: optimisation/bug fixes, balance changes, and content. Over the past few weeks since the launch of the title the team have been highly focused on the first two pillars, but now we’re ready to talk about the 3rd: additional content!

Here’s what you can look forward to:

New Features
- Bounty System for PVP: Don't like a particular player or Company? Set a bounty on their heads, then other players can get gold for bringing in the target's head
- Guillotine: hanging your foes in a noose taking too long? Off with their heads!
- Submarine: explore the depths of the ocean in this small scouting submarine. No weapons on board, but it does have claw arms to help harvest the ocean floor and explore (demolish) shipwrecks 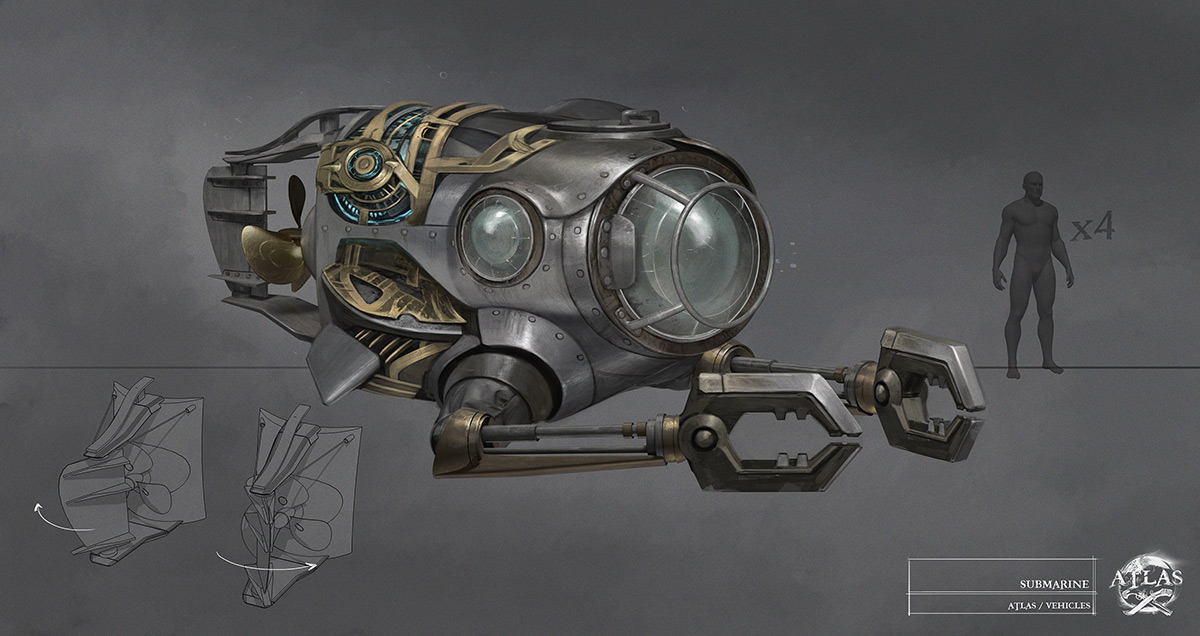 - Player shops in freeports. Players can setup automated shops in each freeport, listing loot for sale and naming their own gold coin prices
- New creature: Giant Crab. It can carry heavy loads, along with players, tames and wild creatures 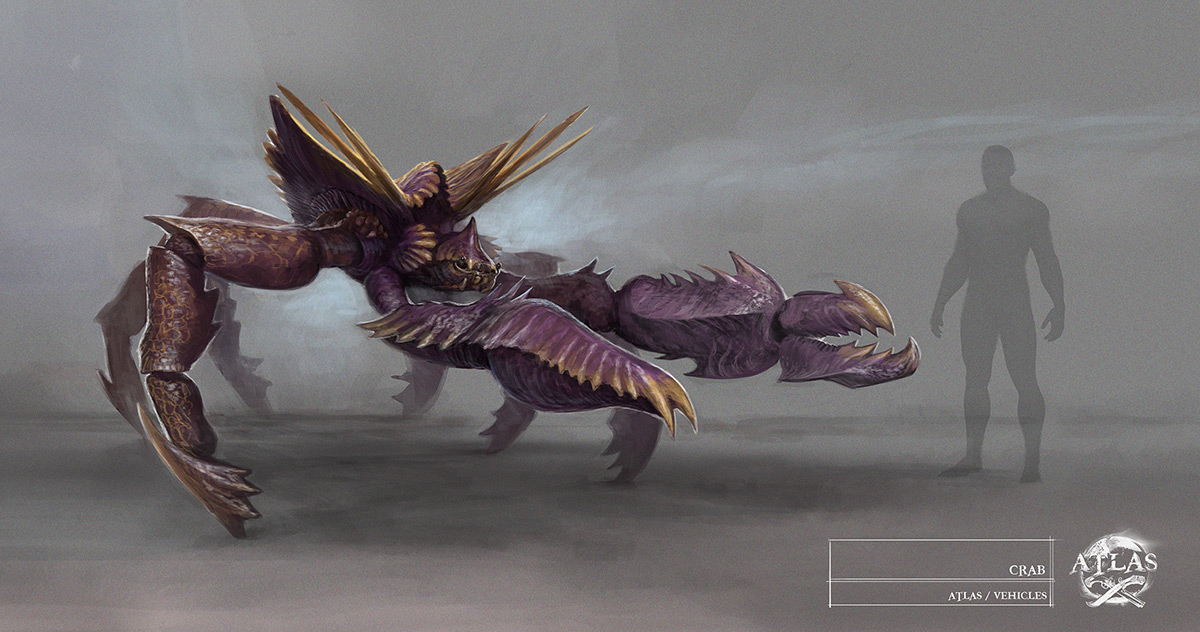 - Tame tokens are available for more mythical creatures, allowing players to have limited-time tames of the Fire Elemental, Rock Elemental, Cyclops, and Gorgon. BONUS: Rock Elemental and Cyclops are rideable!
- New cosmetics: get your pirate on with hook hands and peg leg cosmetics. Yarr!
- New armor cosmetics to customize the look of your Company and crew 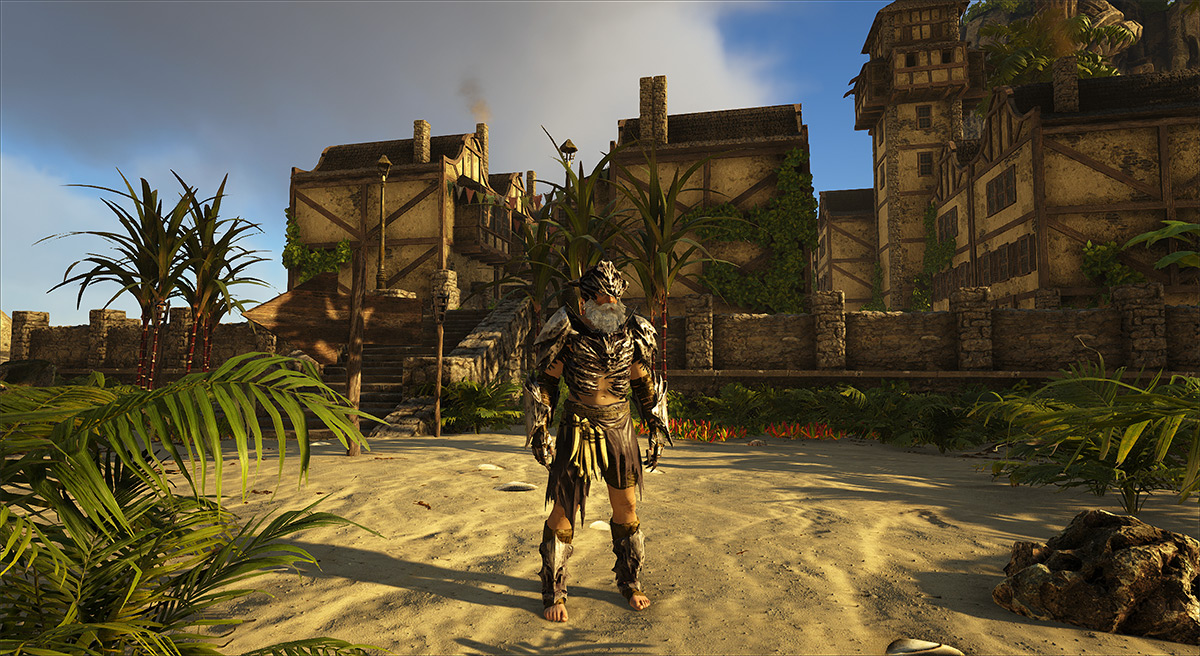 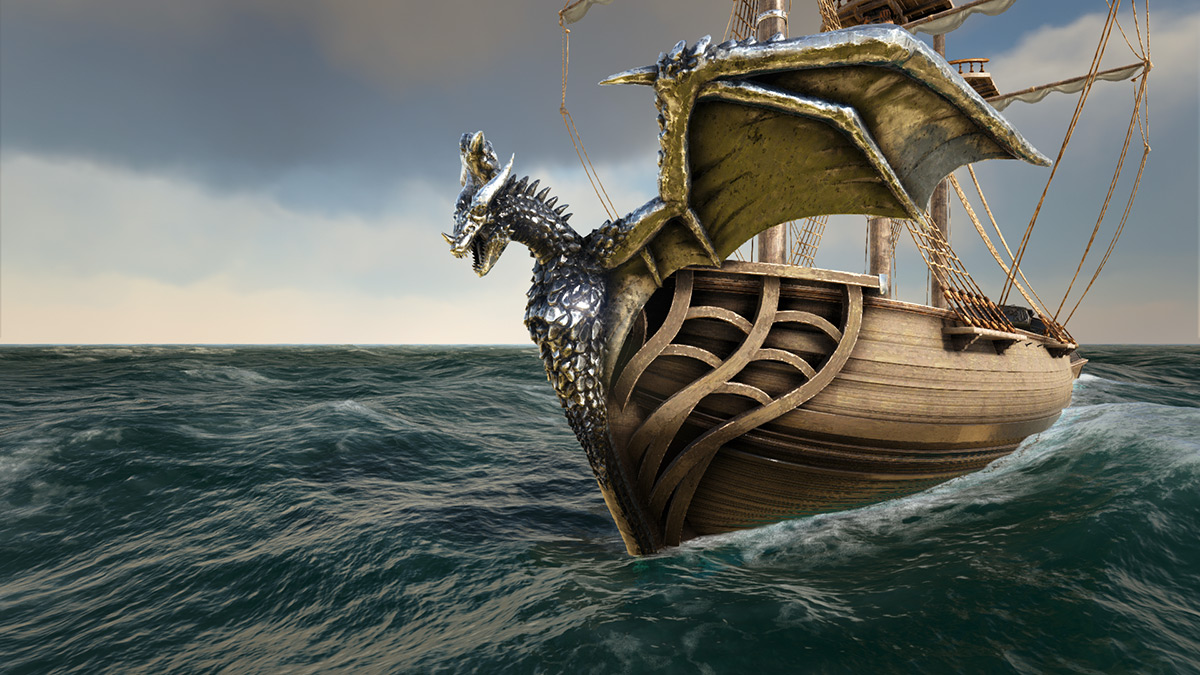 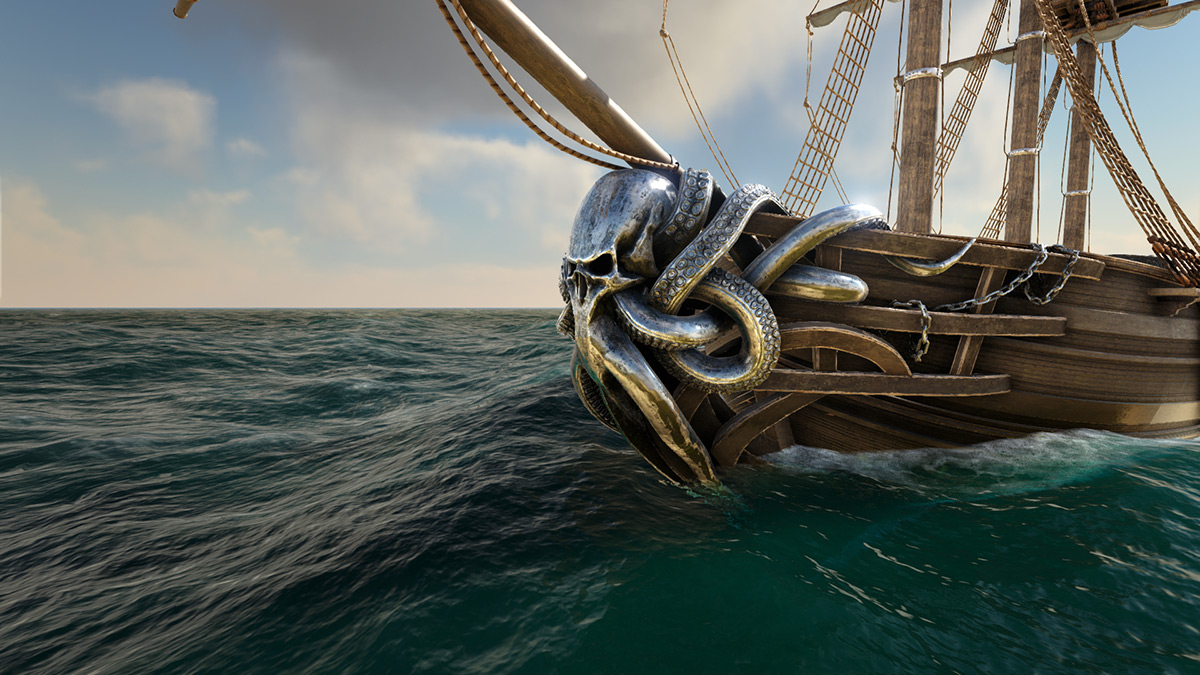 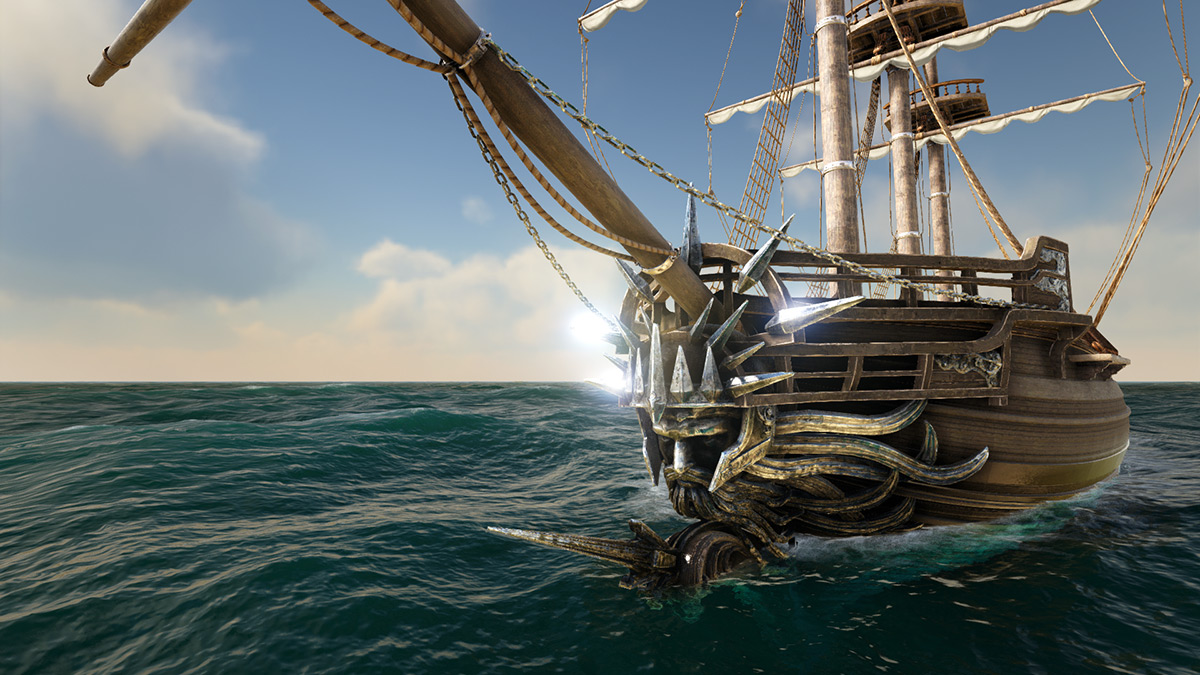 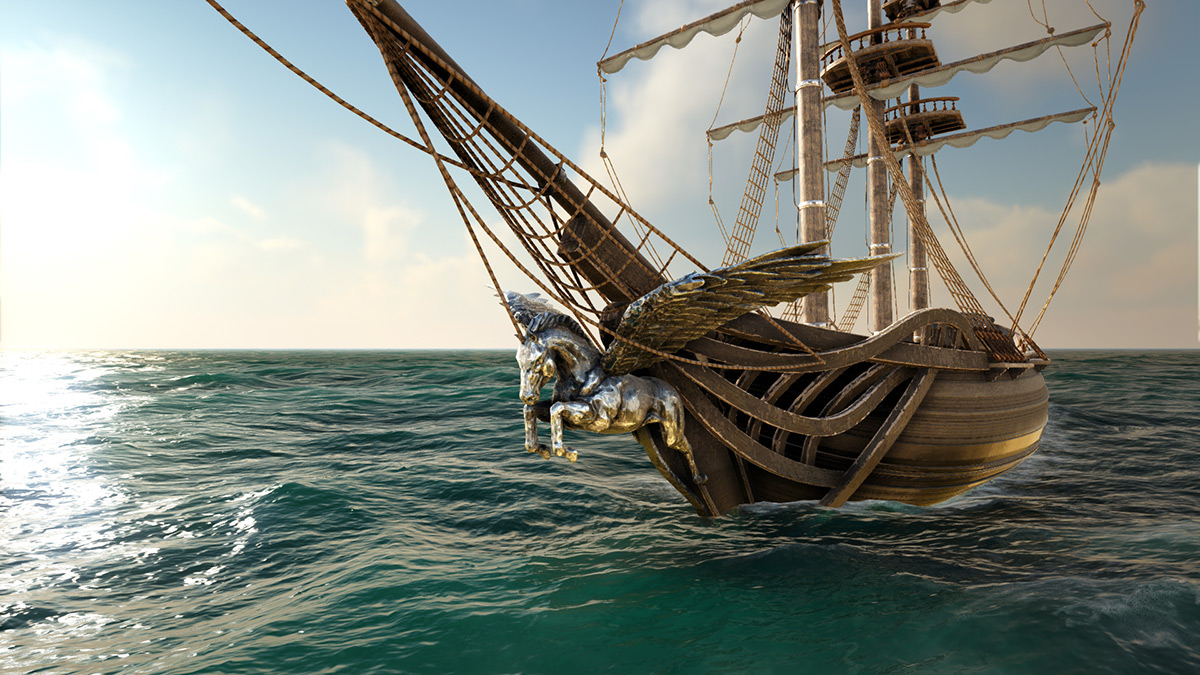 - Streamer Stealth Mode: client option to disable showing all location information; super useful to prevent stream-sniping :wink:
- Added a new deep ocean trench environment to explore, with powerful underwater creatures and is the home of the new Giant Crab
- Added a new extensive Polar Dungeon, only accessible by Pathfinders who have all the PowerStones or have defeated the Kraken

Updates
- Players can now mount a sail to directly control the sail's open/close amount and rotation settings in a more intuitive way
- AOD AI Ships will now come in multiple size variations with different stats and difficulty levels
- Global territory message updating
- Any dead ships (shipwrecks) from your Company appear with a unique icon on your map now, so you can find the wrecks
- Character creator now has a Height slider to make it easier to set your character's desired height
- Territory map will now display allies as teal-colored
- Reorganized claim flag notifications, so they no longer clutter up the entire HUD when lots of messages are flying by

Misc
- Streamlined ship hull rendering for performance gains
- Server Performance improvements round 2 (+25%)
- Additional balance changes - NPCs will be added to Freeports which will allow players to redesign their character's tattoos for a gold cost
- Significant server improvements over the coming weeks, where we'll be doubling performance increment by increment.

Released Patches and Verified Notes
Over the weeks ahead, we’ll be talking more specifically about some of these features in detail, including the Bounty System for PVP servers and Player Shops in freeports.

Whilst the team have begun working on the content changes, we’ve still had a lot done over the past week in terms of updates, with more on the horizon too! In regards to balance, we gave wolves a thorough overhaul, as well as tweaks to both the Wild and Tamed Dragon plus the Kraken is now easier to defeat after having it’s health sliced and more rewarding, with a brand new passive skill that reduces all Feat cooldowns by 33%!

The past week has also included a number of other bug fixes and balance changes as we continue to iterate on and fine tune the live game. You can check out the full list of changes here:

Devkit Ho
Early last Friday morning, we were able to release the first iteration of the ATLAS Devkit. As the game continues to grow overtime, you can expect the Devkit to grow in tandem with additional features, content, and gameplay mechanics for modders to enjoy. We put up an announcement thread which covered a lot of details regarding the kit and how you can get the most out of it, so if you’ve yet to have a read, we’d recommend doing so:

Additionally, our modding Community Manager, ZenRowe, has also been working on with the team on putting together some documentation for the editor which will be updated on a regular basis. Check it out here:

Dynamic ATLAS Maps Round-Up
The ATLAS Dynamic Maps is a system that monitors live in-game territory ownership and indicates which companies dominate over the lands. 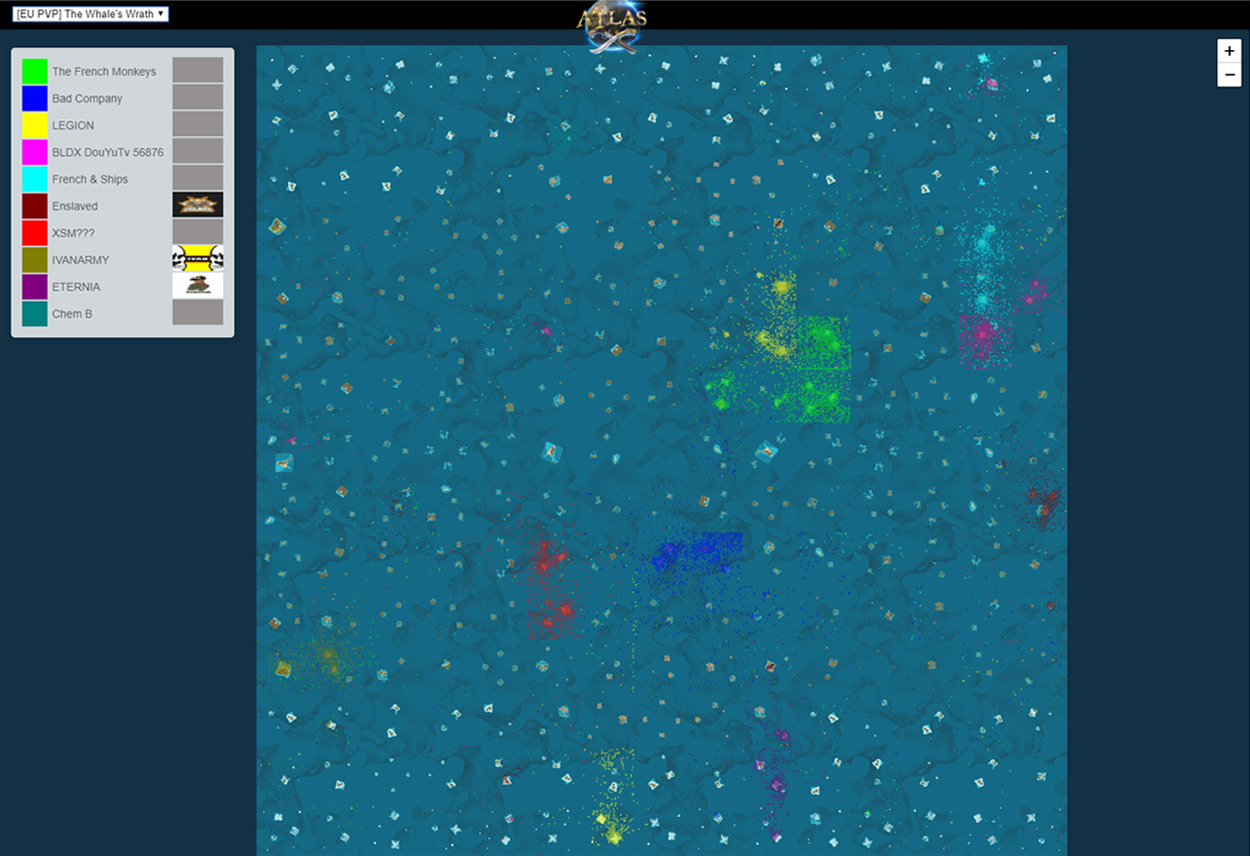 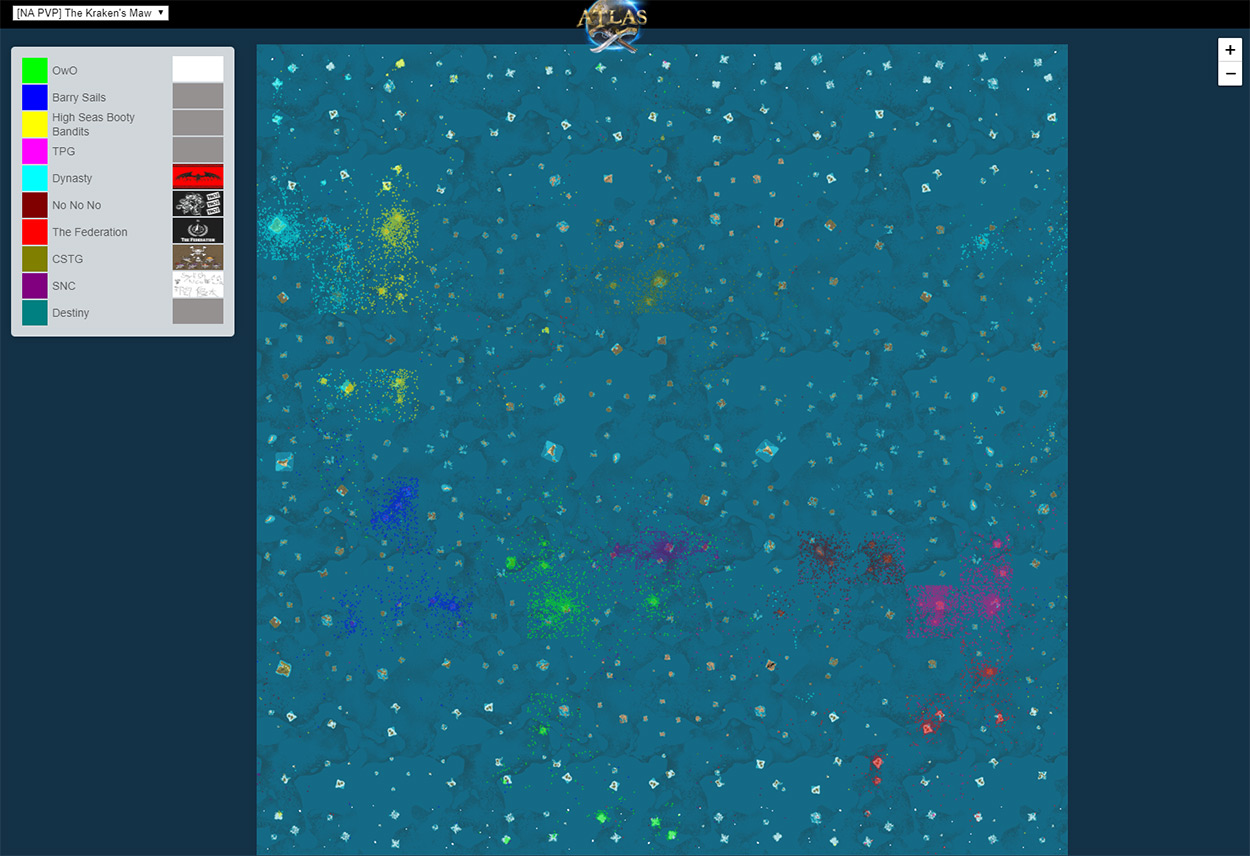 Held: Dynasty, High Seas Booty Bandits, TPG, CSTG, Barry Sails, OwO, The Federation and SNC, No No No, and Destiny.

The top companies on both PvP Networks have held their positions! Are we already seeing the best companies as players contend for their place in the overall pecking order or will new contenders emerge next week? 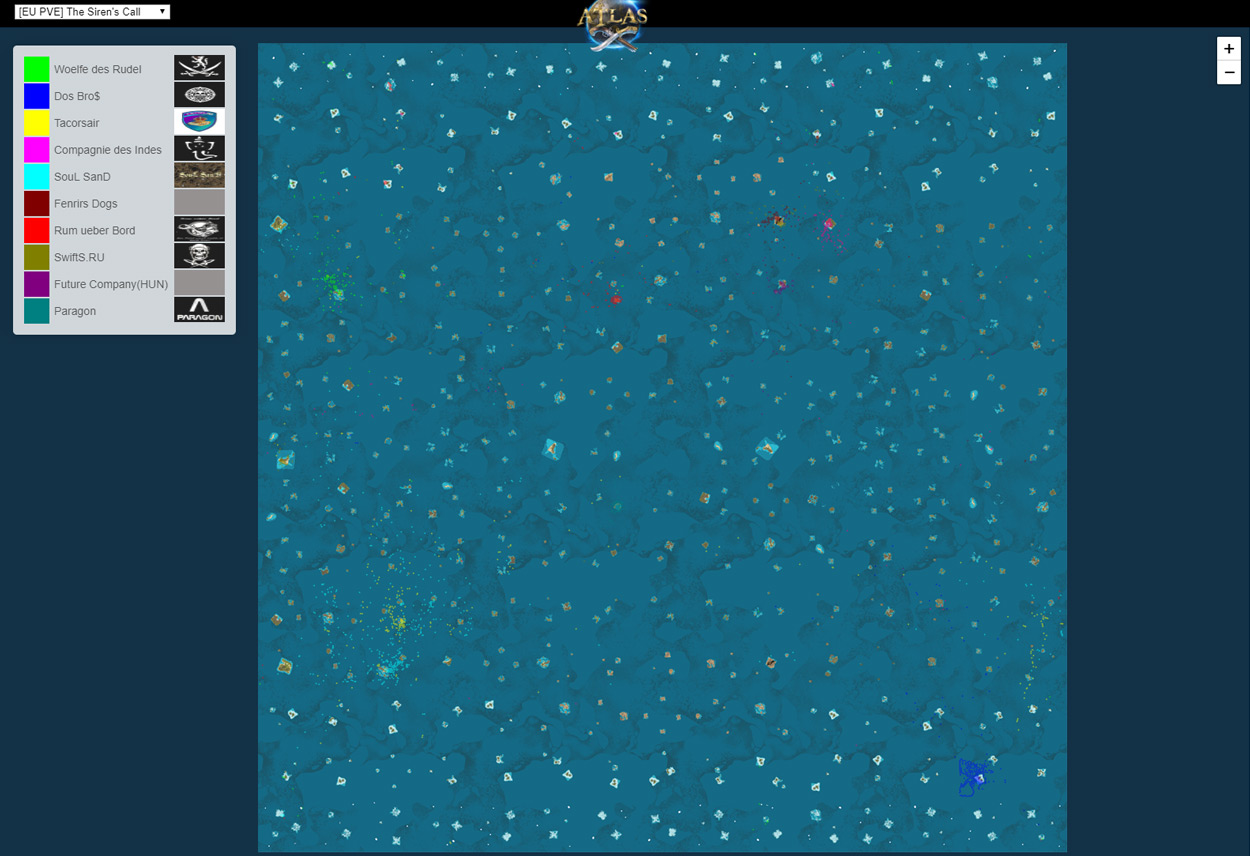 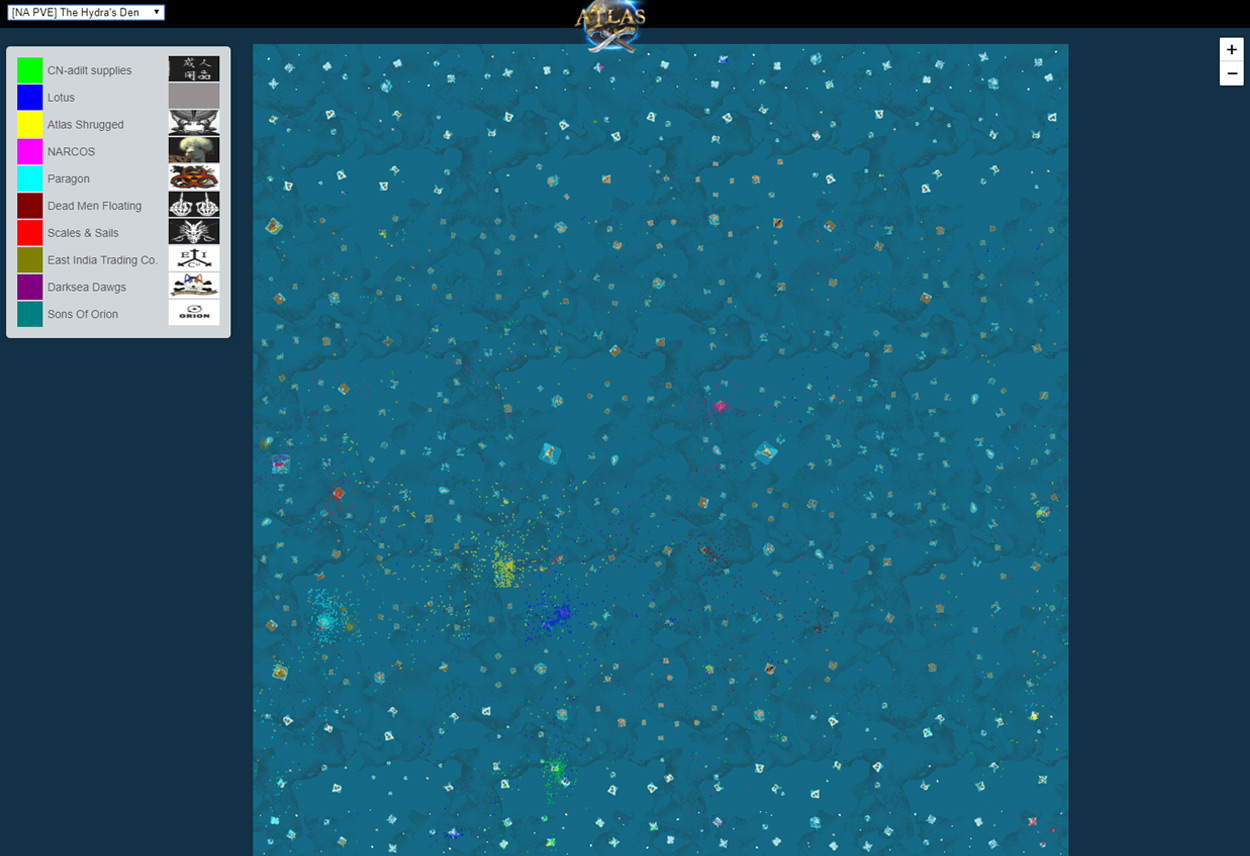 Show ‘n Tell #3!
We have extended the due date on our current Show ‘n Tell to give you all a little longer to astound us with your creations, be they your fleets, building designs, imaginative tatts, entertaining videos, original fanart or scenic screenshots. Don’t be shy and head to the submission thread for a chance to win some booty in the form of a cash prize!